Why Parts of Your LED Light Bar Doesn't Light Up

Our iJDMTOY LED light bars greatly enhances a car, truck, or SUV's appearance as well as its drivers' visibility in rural areas such as a nighttime construction site, countryside, or mountains. As with any form of electronics, LED light bars do run on power. So whenever its power source diminishes, it doesn't light up all the way through and may react in the following ways:

This phenomenon doesn't have anything to do with the LED light bar at all. Check out the video below or read on.

Our LED light bars are made up of 10" sections, and is multiplicative based on the overall length of the LED light bar. So a 20" has two sections, a 30" has three sections etc. 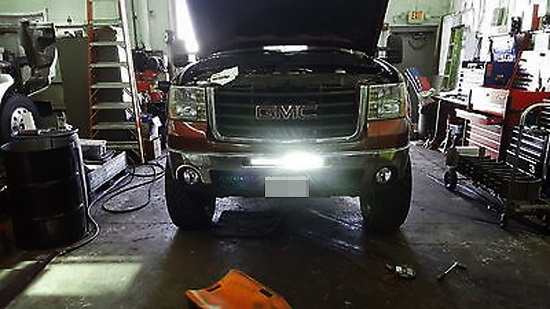 If you own an LED light bar and come across a situation like what you see above, each section may have different phenomena. For example, this 30" lightbar has something different going on in its three sections; one flickers and isn't as bright, another functions just fine, and the other doesn't light up at all. This is not a defect of our LED light bars. The multi-issue occurs whenever you perform a bench test, in which the power source used typically isn't enough to fully power it, or whenever the car battery is running low. It may be time to replace the car battery! Your LED light bar simply needs a sufficient amount of power to fully light up and function as normal.