Have you ever noticed that when you turn on your car, your LED lights strobe after installing them? If you haven't, great! But for those who have seen the couple of seconds of strobing, you're not the only one. We here at iJDMTOY do get a couple of calls from customers who claim it's a flickering effect. However, since it only lasts a moment, it's more of a strobing effect rather than a flickering or flashing effect. The strobing is actually a common occurrence among newly installed LED light bulbs and is nothing to worry about. For the majority who have never noticed this, here's a short video:

This strobing effect is not a defect, but is in fact a regular process in European cars involving their onboard computers (aka OBC). If you watched the short video above of a BMW starting up and its lights strobing, you can see it only lasts about 1-2 seconds before functioning normally. In these few seconds of strobing, the onboard computer sends out electrical impulses to all car lights to make sure that they are functioning properly and are not burnt out. If a light bulb is burnt out, the electrical impulse will not go through and the OBC will tell you which bulb is out. 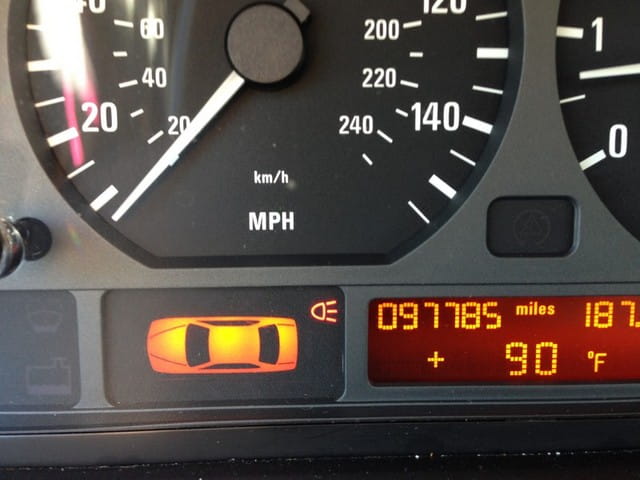 The reason why your LED bulb strobes is because they are very sensitive to power, while incandescent bulbs are not. A small amount of energy is enough to light up an LED bulb so when you start up your car, the electrical impulses being sent is just enough to power the LED bulbs, resulting in the strobing effect. So rest assured, the few seconds of strobing from your European car is a completely normal phenomenon. It is simply how your car interacts with the LED bulbs. Your CAN-bus error free LED light bulbs are functioning as intended.