1.) On the front of the vehicle, there is one (1) screw holding the entire plastic bezel onto the bumper on either side. Remove that screw and pull the assembly out. 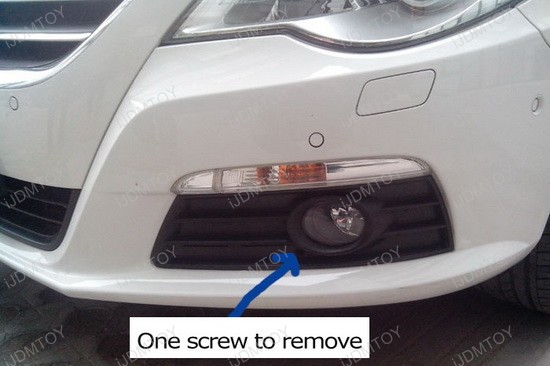 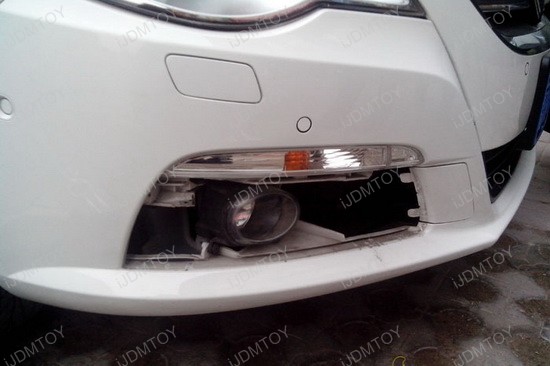 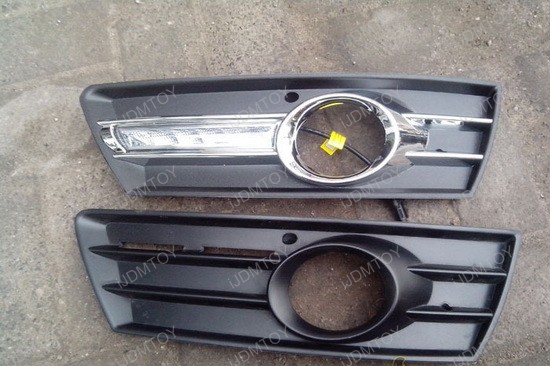 2.) Route the wires from the LED assembly through the opening into the engine bay. Use a long stick or tool with the wiring taped onto it so you can easily route it to your engine bay on the top. 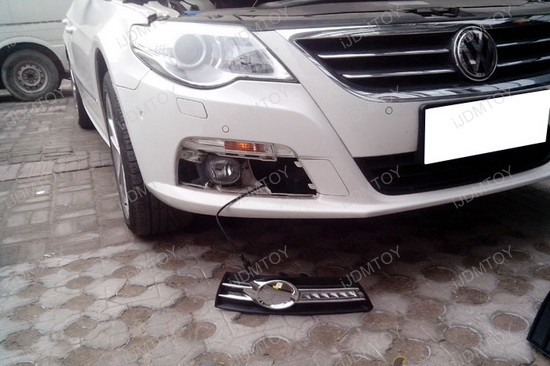 3.) Once the wires have been routed up, attach the LED assembly to the vehicle the opposite way of how it was taken off. Do not forget to screw the assembly in. 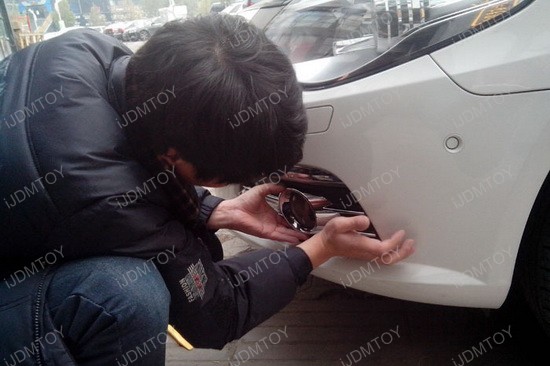 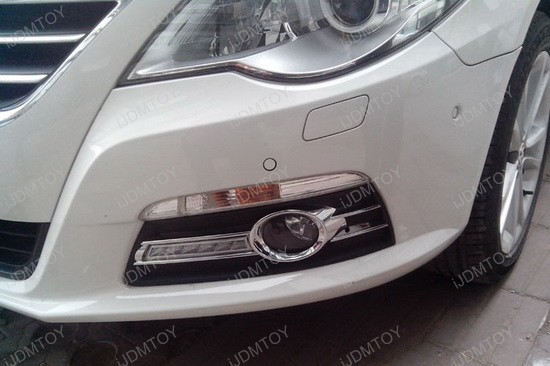 4.) Gather the two (2) wires from either side and connect it together to the Automatic ON/OFF DRL Switch Module. 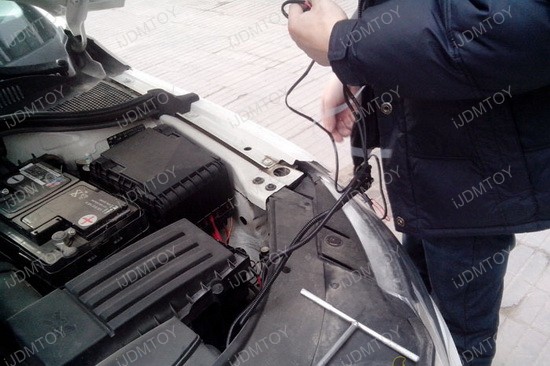 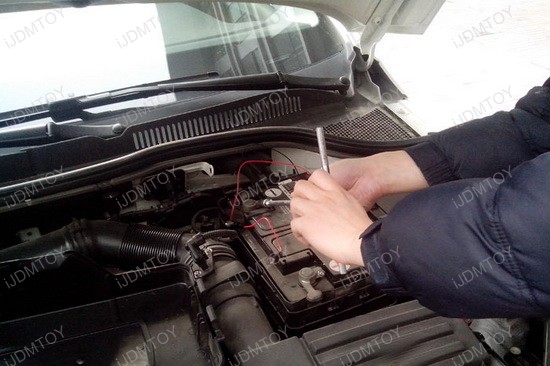 6.) Open the fuse box and tap white wire to ACC 12V+ inside the fuse box (any 12V power source such as parking light positive) 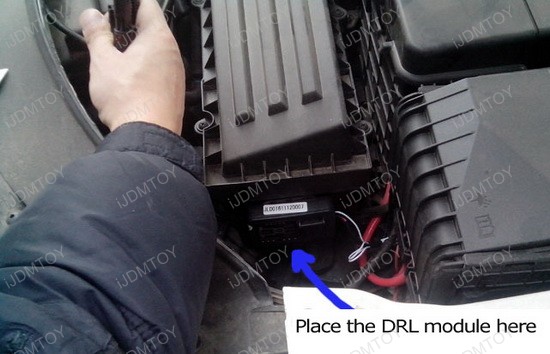 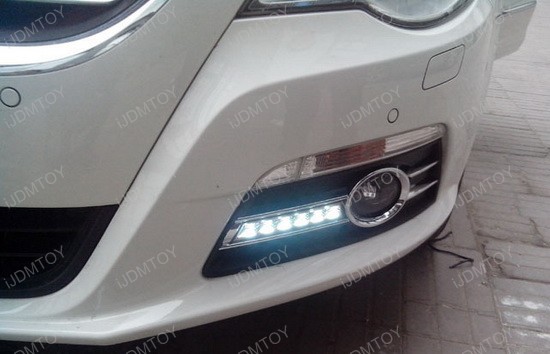 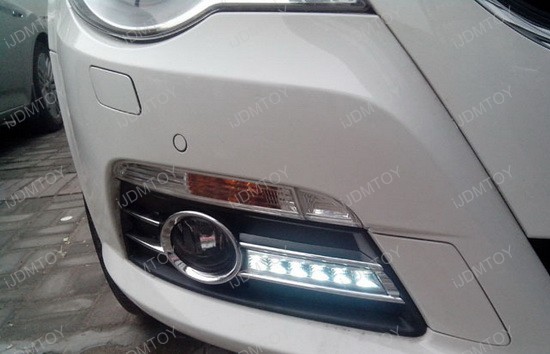