This tutorial will show you how to install the red or smoked lens LED high mount tail light, reverse/clearance light assembly with optional rear fog lamp for the 2009-2014 Ford F-150 and F-150 Raptor edition (72-020). The installation pictures in this guide are based on the 2014 Ford Raptor, but the steps will apply to most other high mount 3rd brake light installations. 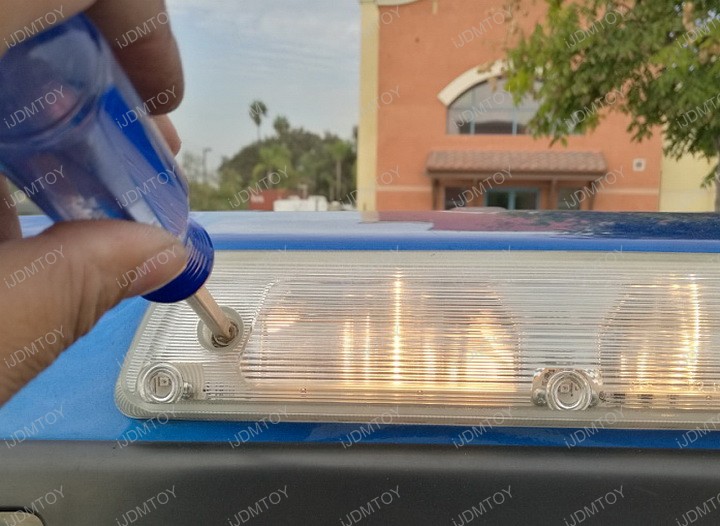 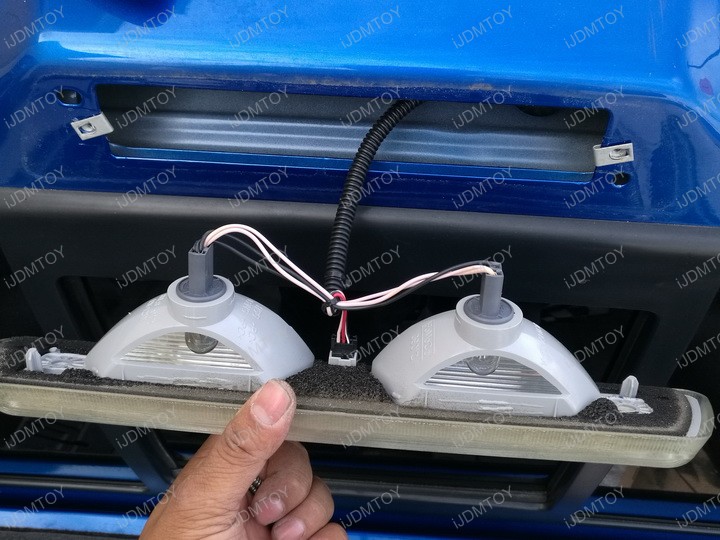 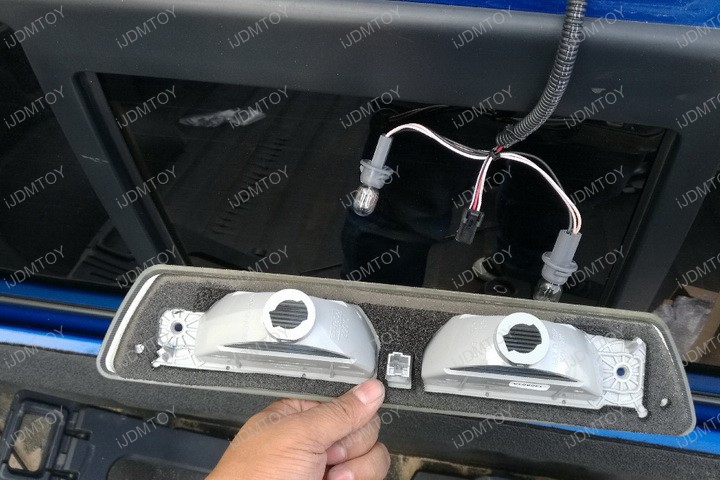 Step 2: Pull out the stock halogen clearance/reverse light bulbs from the adapters. 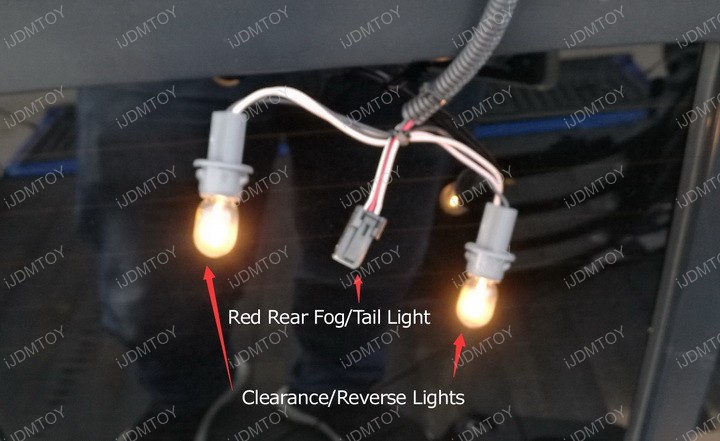 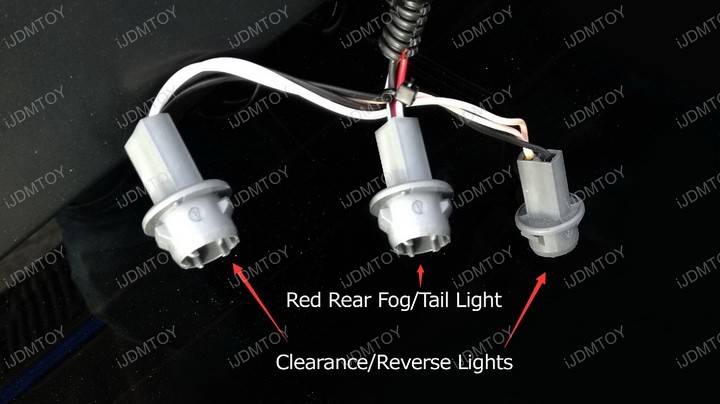 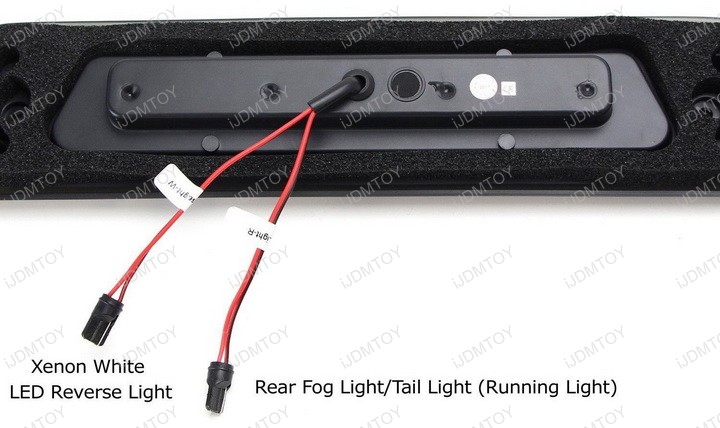 The 2-pin adapter is included to minimize the number of modifications needed to install this LED high mount tail light assembly. 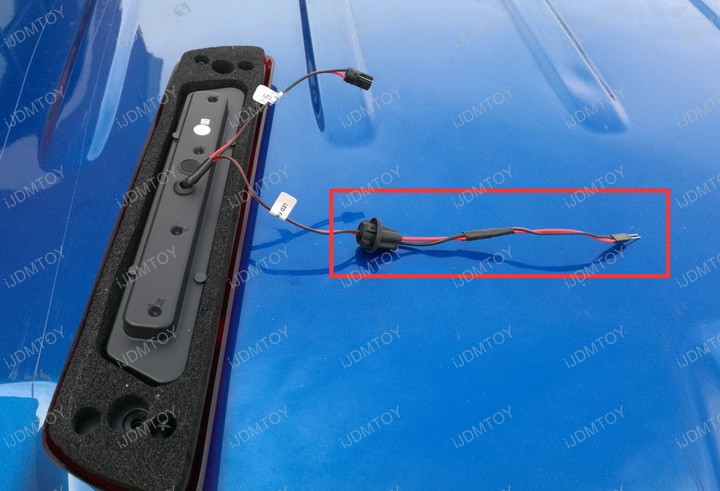 Make sure you align the red wire of the 2-pin adapter to that of the fog/tail light connector. 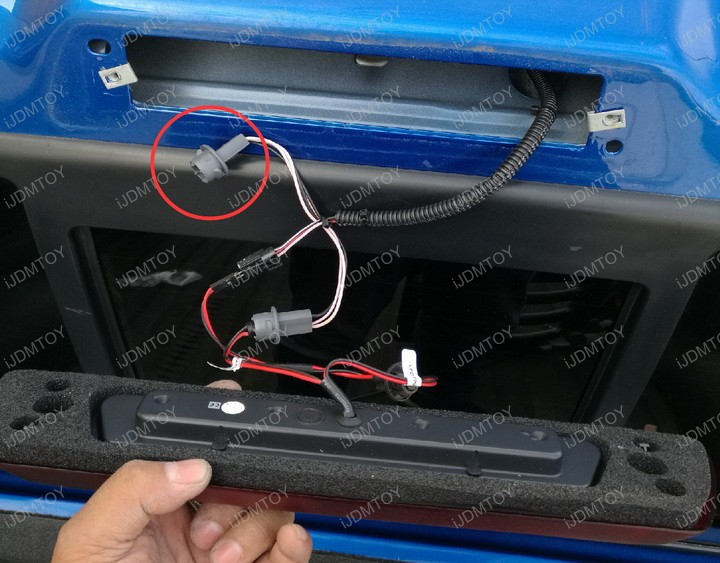 Because the stock rear fog/tail light harness is a 3-pin adapter, you may have to try different slots to plug into.

Step 5: Test the rear LED high mounted tail light to make sure it lights up. Once you've confirmed functionality, bolt on the LED reverse and tail light assembly and enjoy! 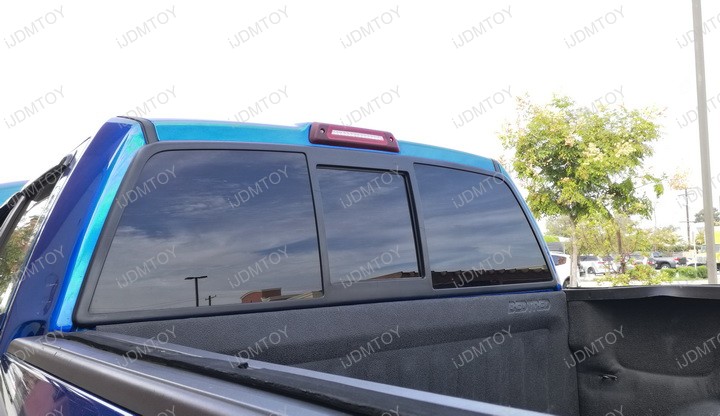