If you have a regular Nissan Juke, you can get a different version of Nissan Juke LED rear fog light to install.

Step 1: First you will need to remove the stock rear reflector. There are a two clips under the rear bumper that need to be removed. 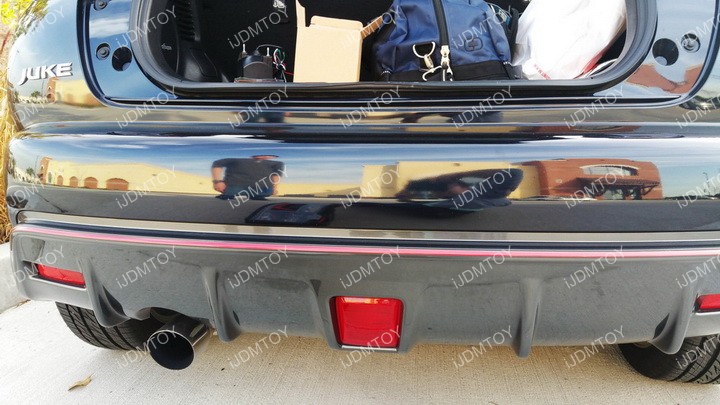 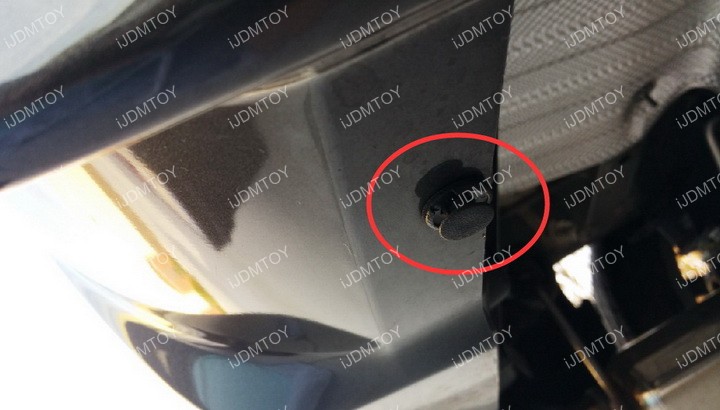 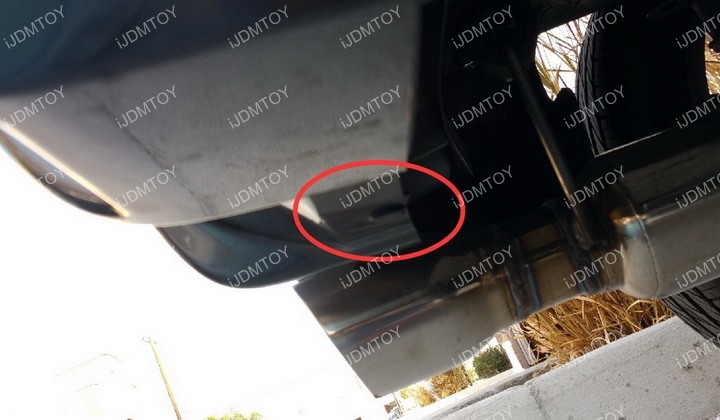 Step 2: You'll see screws on the rear reflector. You will need to remove using a #10 screw. 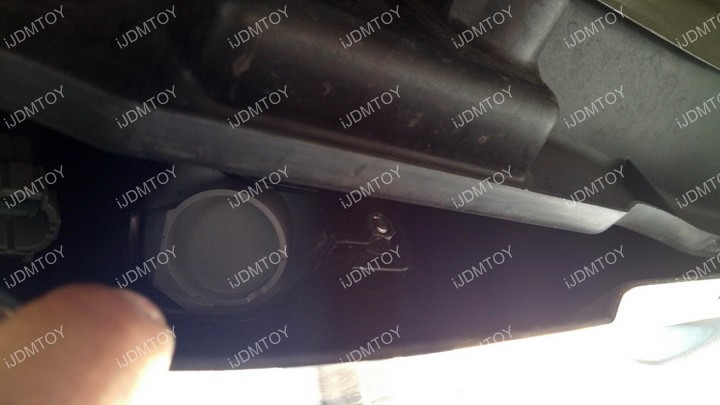 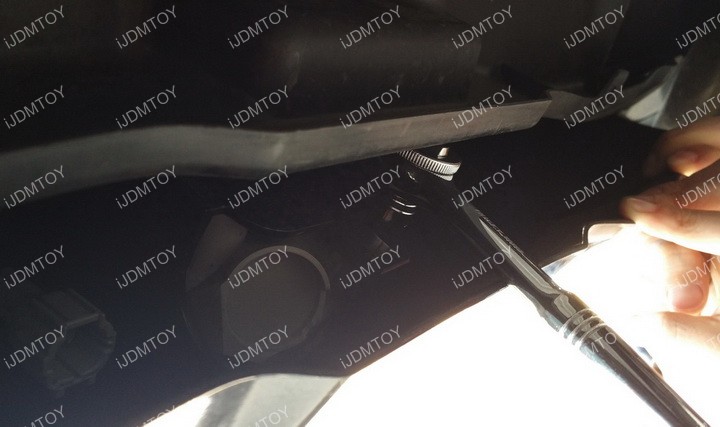 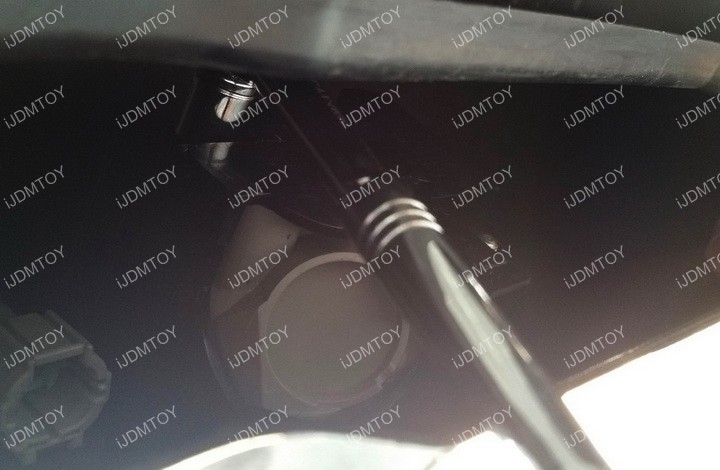 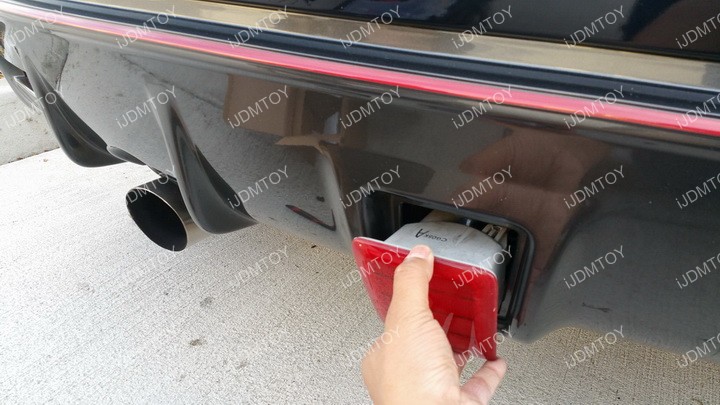 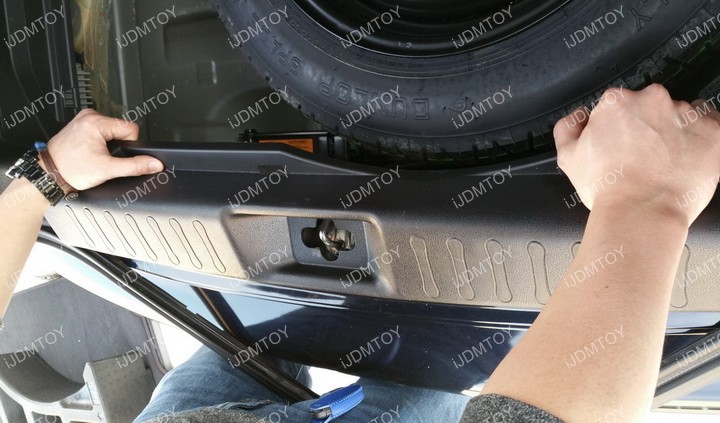 Step 5: Zip-tie the ends of the Nissan Juke LED rear fog light wires so it will be easier to route the wires up later on. 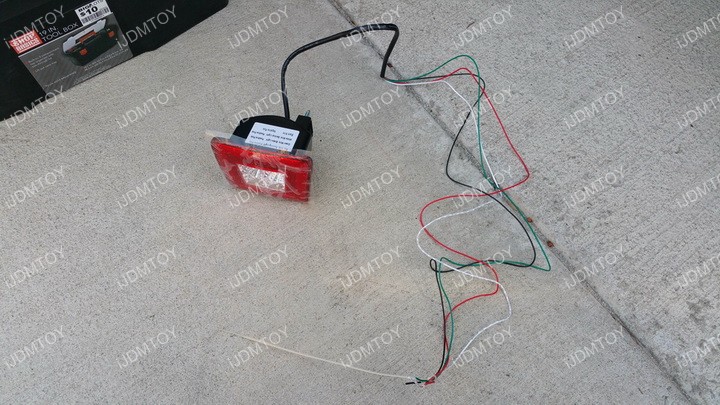 Step 6: Route the wires of the LED rear fog light up through the gap in the trunk liner. It helps that you have a buddy to assist in pulling up the wires after they are inserted through the rear fog lamp opening. If you don't have any friends, solo work is fine too. It will just take a little more effort. 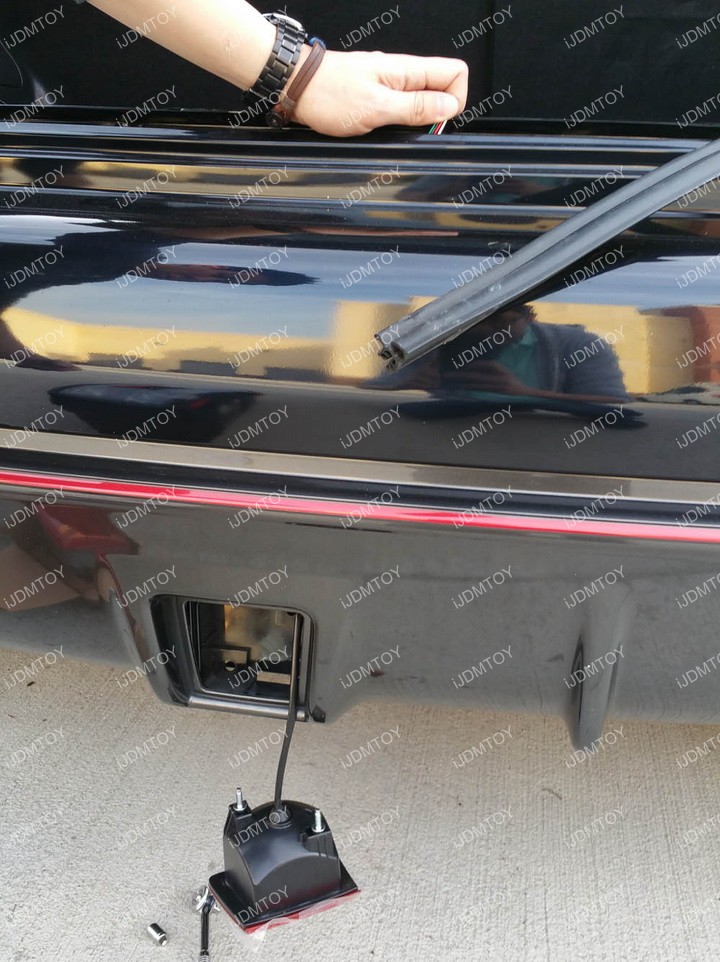 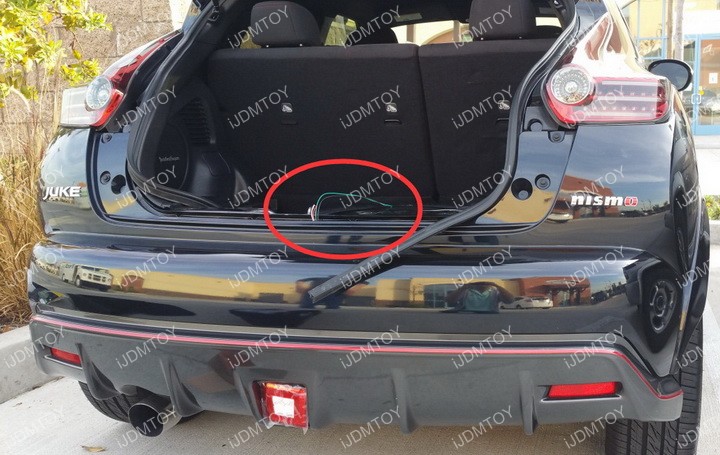 Step 9: Remove one taillight. You will need to route and tap the wires to get the new LED rear fog light to work.

You can see the wires routed through the gap in the trunk liner and up into the taillight location. 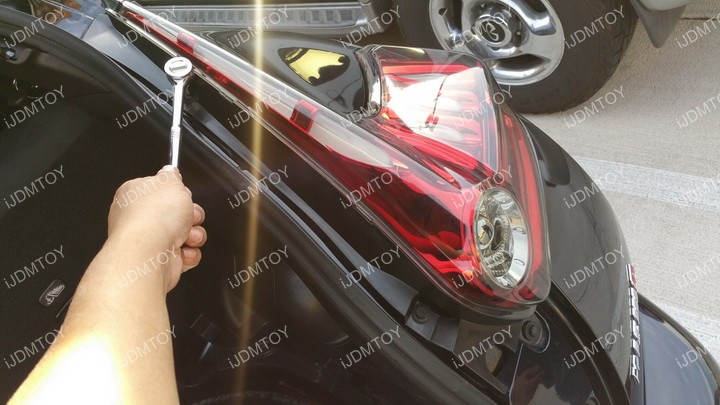 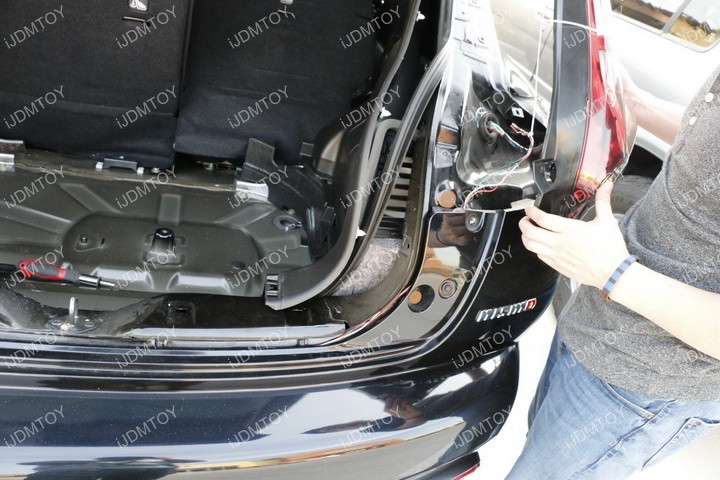 Step 10: Strip the wires. We recommend you to hardwire instead of using T-Taps. You may not have enough space to use T-Taps and they are generally not as secure as hardwiring.

Otherwise, if you still have your stock taillights, you can follow the wiring instructions that's on the labeling on the LED rear fog light.

Then wrap the wires with some black tape to secure the connections. 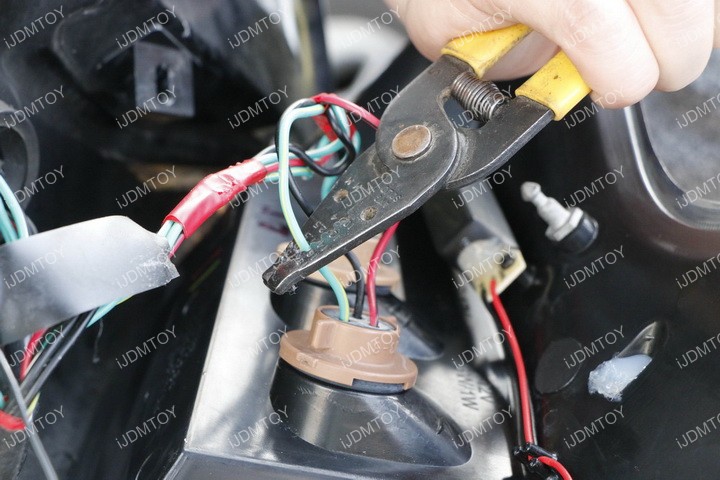 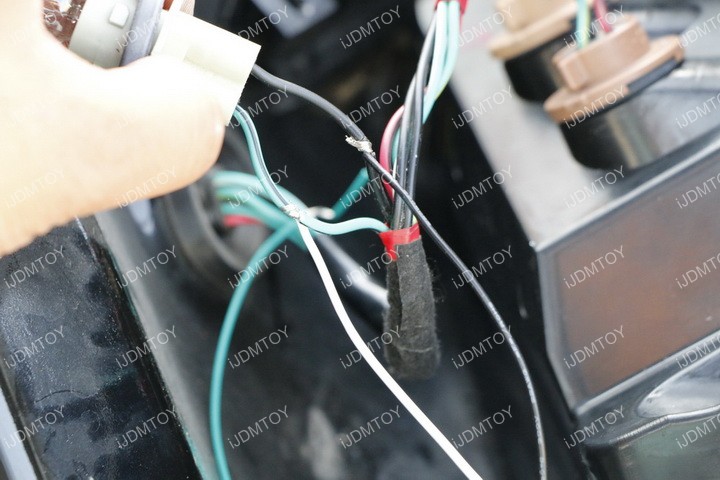 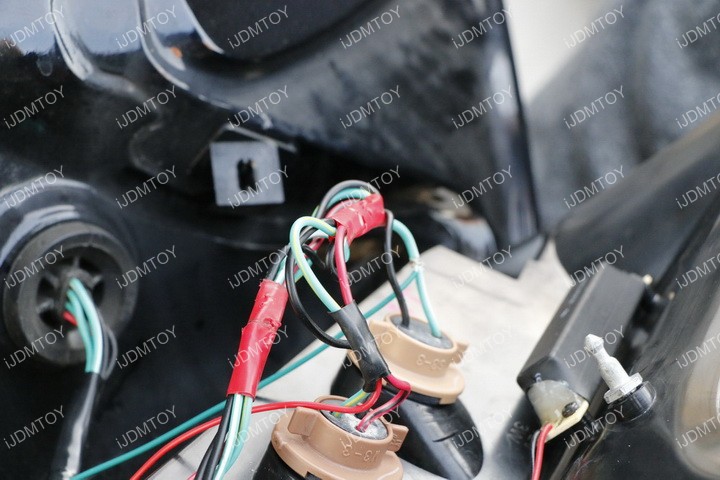 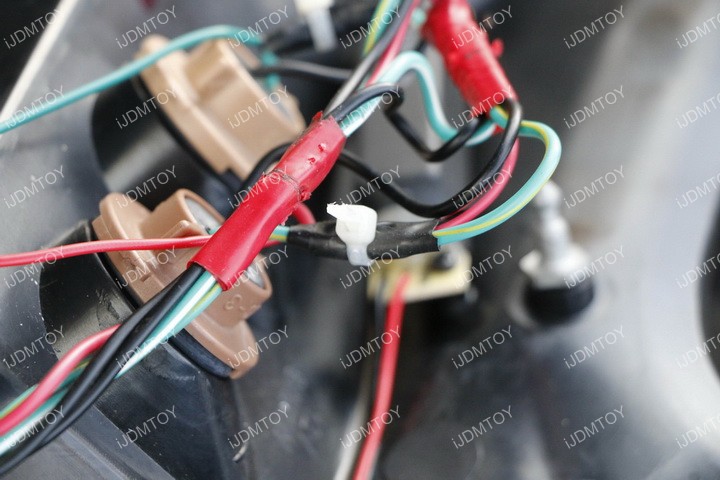 Step 11: Put back the trunk liner and all the components the same way it was removed. 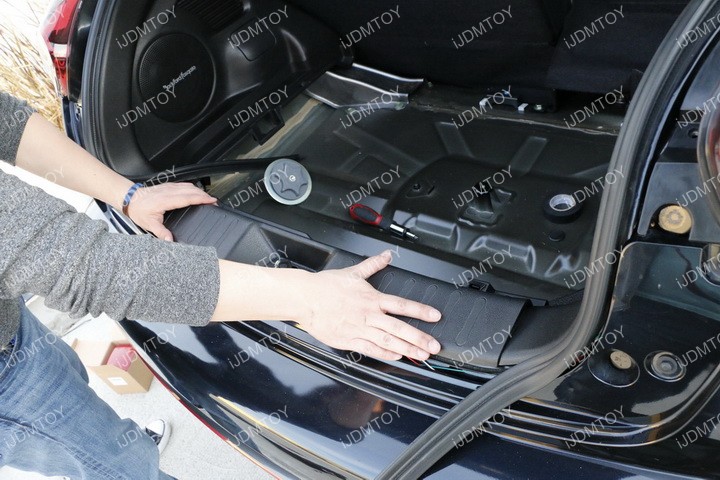 Step 12: Test to see if all the functions work and enjoy your new Nissan Juke LED rear fog light. 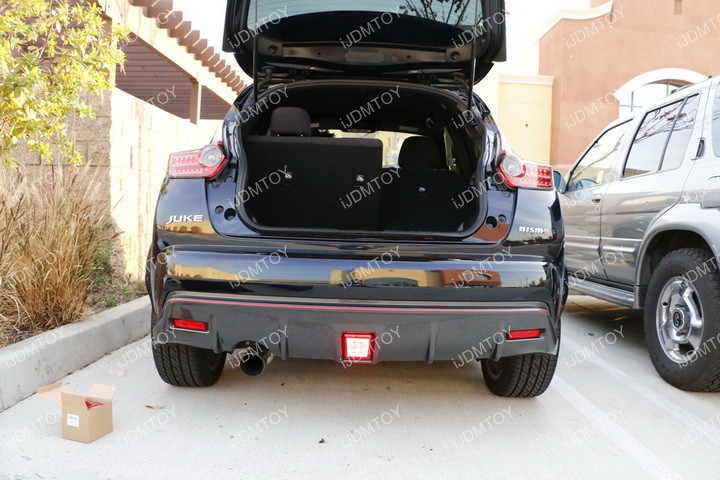 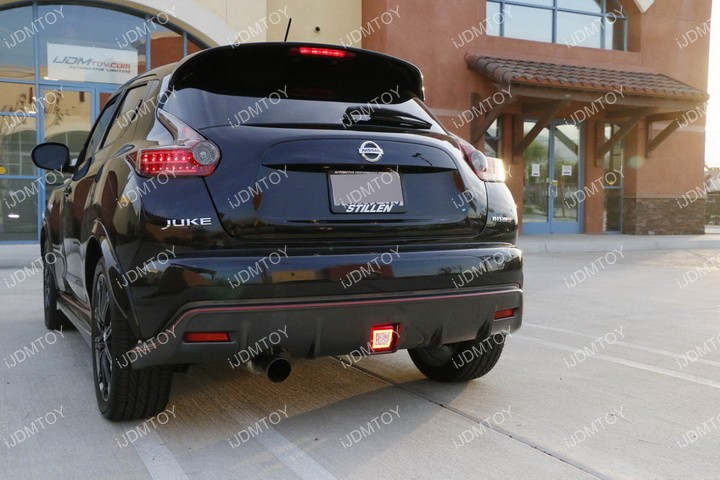 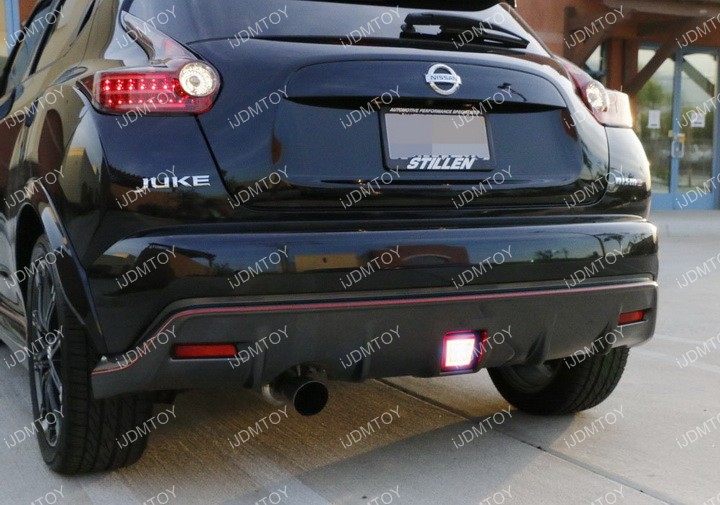