Step 1: Turn the wheel, open the wheelbase plastic cover so you can access the back of the fog lights. Remove the OEM fog light support bracket, since the OEM F-sport fog lamp is not available for the North American version and it will not be used for this installation.

Note: Even though we removed the OEM fog light support bracket, several forum members have stated that removing it is not completely necessary. We removed the brackets for extra hand space, so the choice is yours. 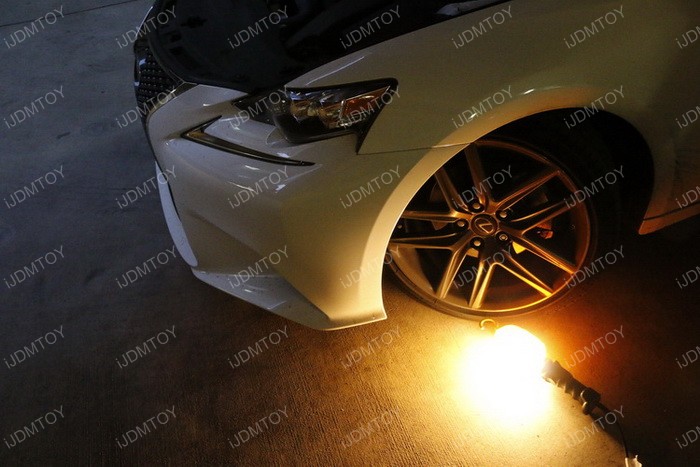 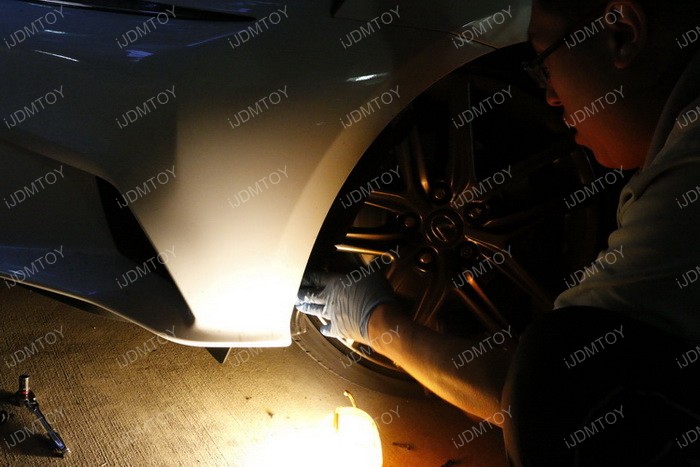 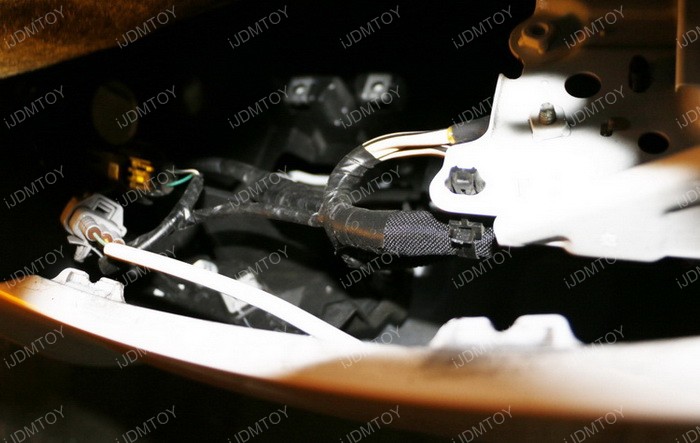 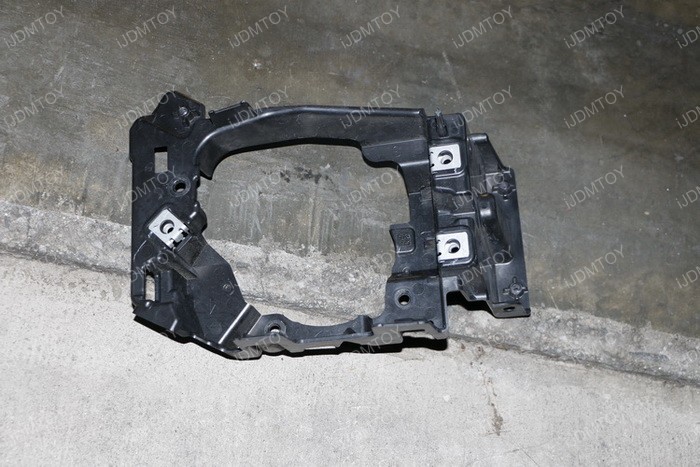 Step 2: Remove the fog lamp location plastic insert. Use one hand to support the plastic insert in front and use another hand to push it out. 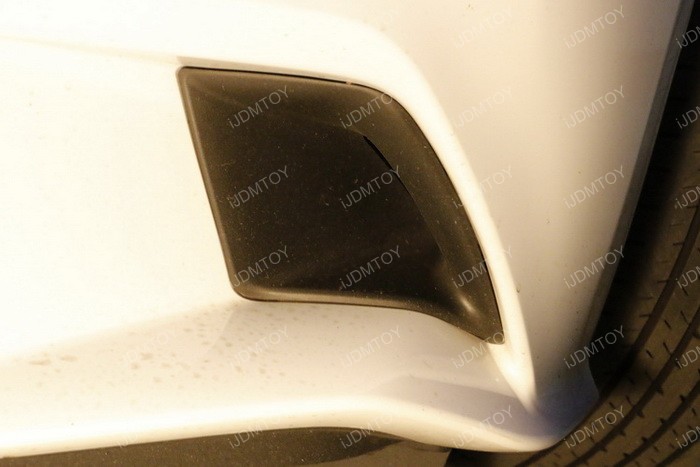 (Later when you put back the LED fog lamp, you might notice there's a slight gap with the bumper. This is normal since the OEM stock bezel also has a slight gap that you can see above.) 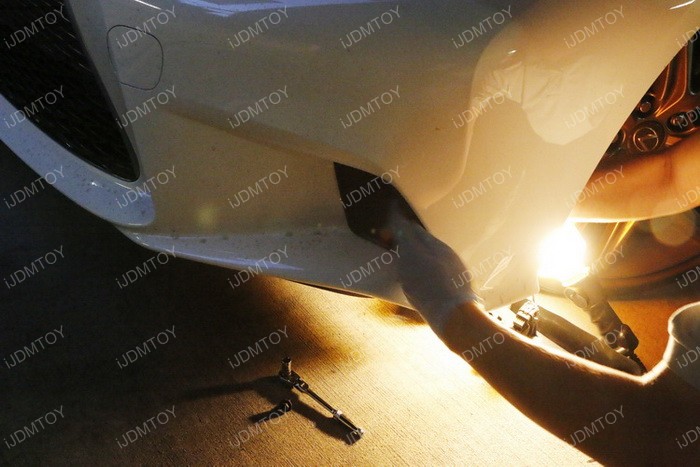 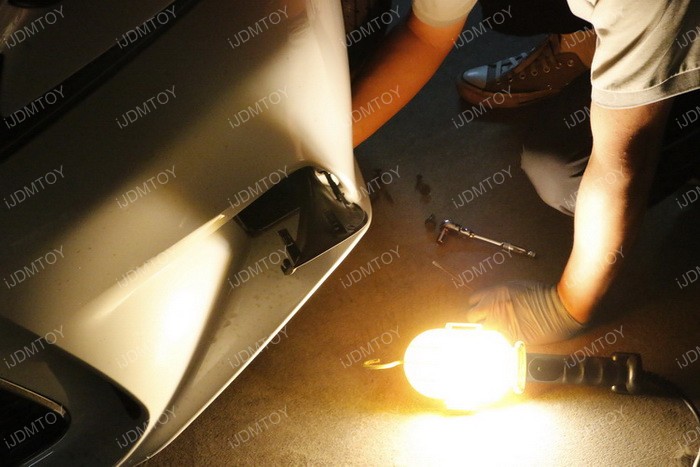 There is some speculation going around on forums that the reason why the Lexus IS F-Sport is not supposed to have fog lights is that the fog lamp will actually block the air flow.

However, we found out during the installation that this is totally not this case. The F Sport bumper has its own air vent as indicated in this picture below and these "fog lamp openings" are enclosed and not connected to the engine bay at all. 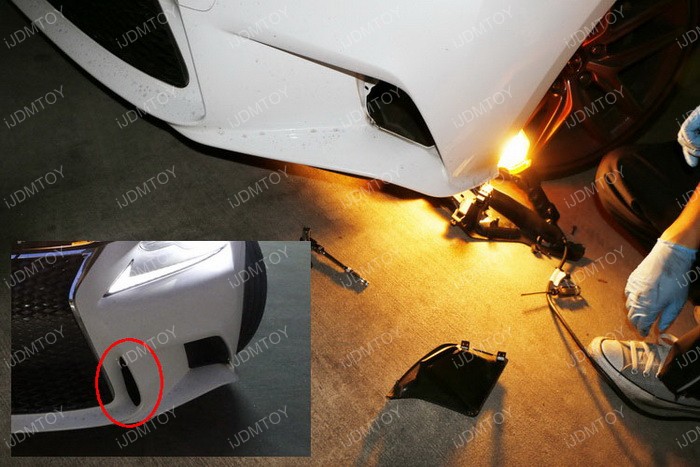 Step 3: Replace back with the new Lexus IS250 IS350 F-Sport LED Fog Lights the same way you removed the stock bezel. 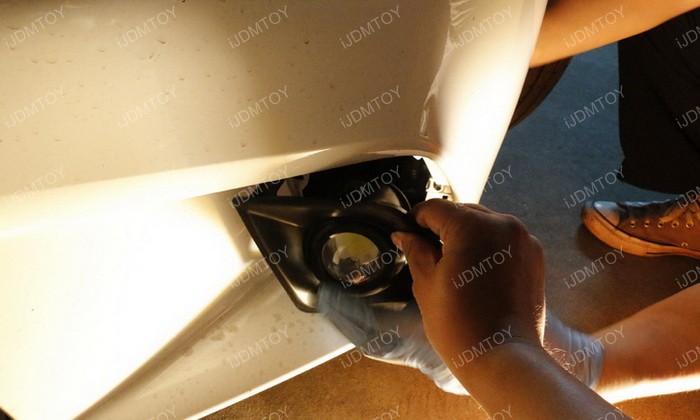 You will insert the LED fog light starting with the corner that has the longest tab. Gradually ease the LED fog light in with the middle length tabs and push in the shortest tab at the end to lock. You can see from the picture below where the tabs are located. 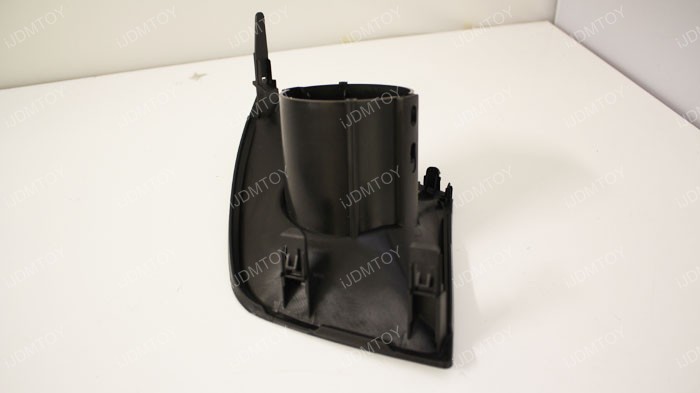 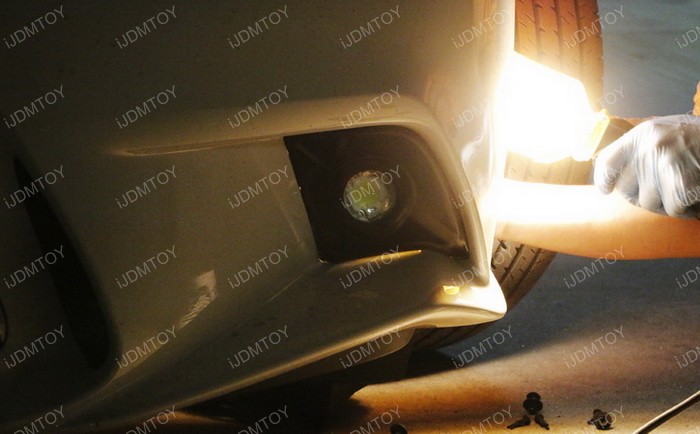 This shows the Lexus IS F-Sport USDM vs the all new JDM ones: 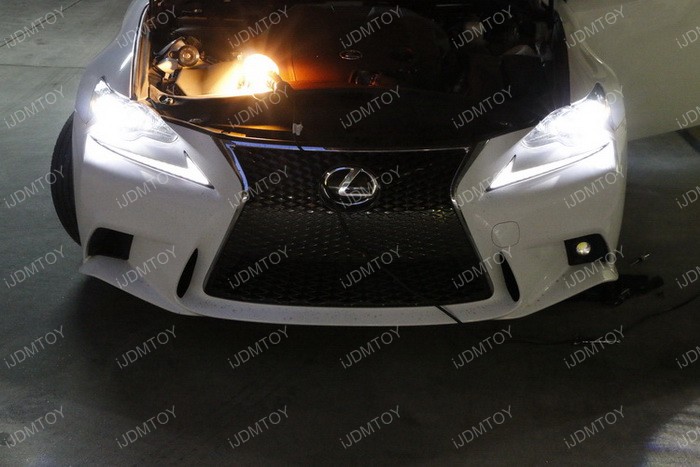 Step 4: After you install the new LED fog lights, it's time to wire them up. Since the USDM Lexus IS F-sport does not have a switch (it cost about 300 dollars for just the switch), the easiest way is to connect the wires of these F-Sport LED fog lights to the stock DRL system.

Locate the stock LED daytime running light adapter below the headlamp and unplug it.

We hardwired the setup since we didn't have any T-taps on hand, but you can use either T-taps or even quick taps to make this installation easier. 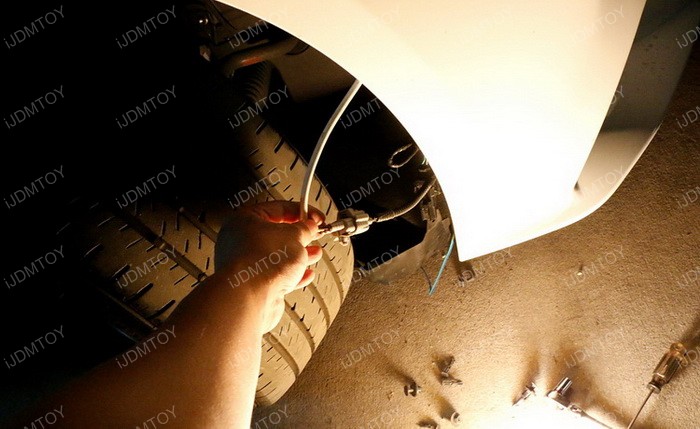 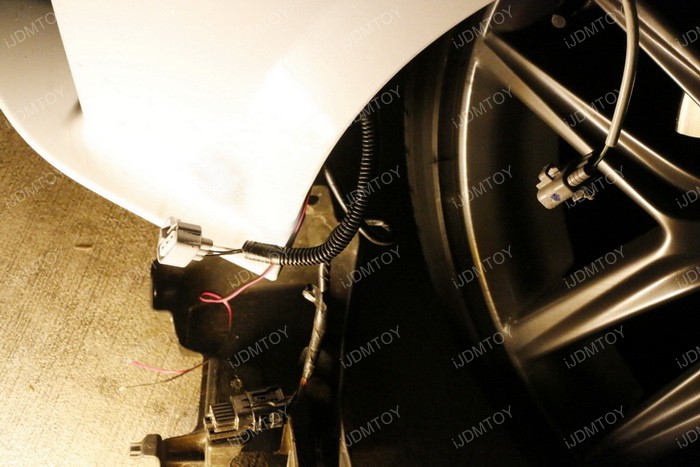 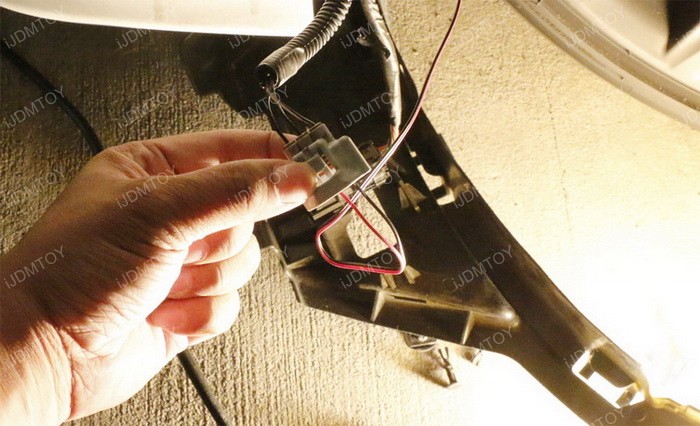 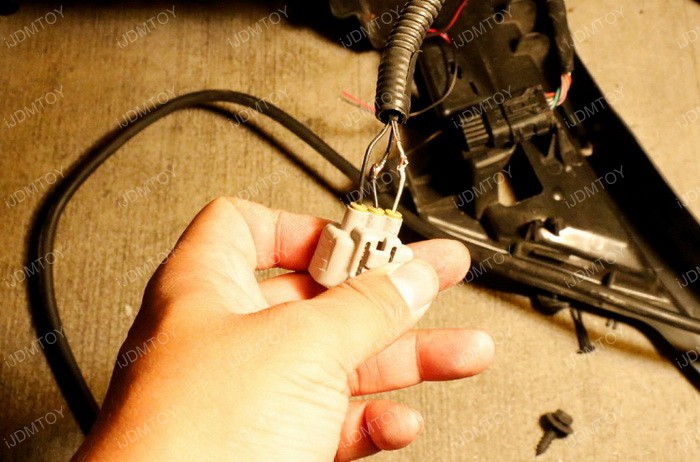 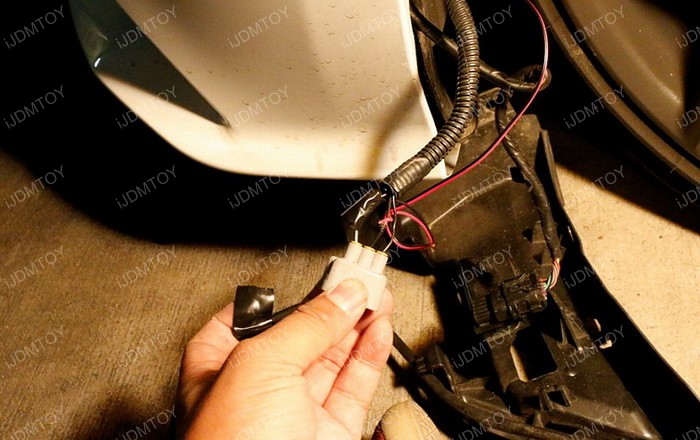 Step 5: Test to see if the LED fog lights work. Repeat the process on the other side.

You can also configure the wires another way so that the LED fog light can stay on at all times. 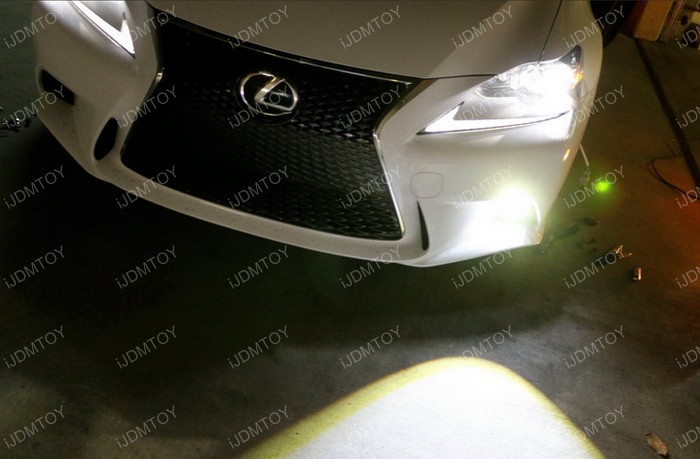 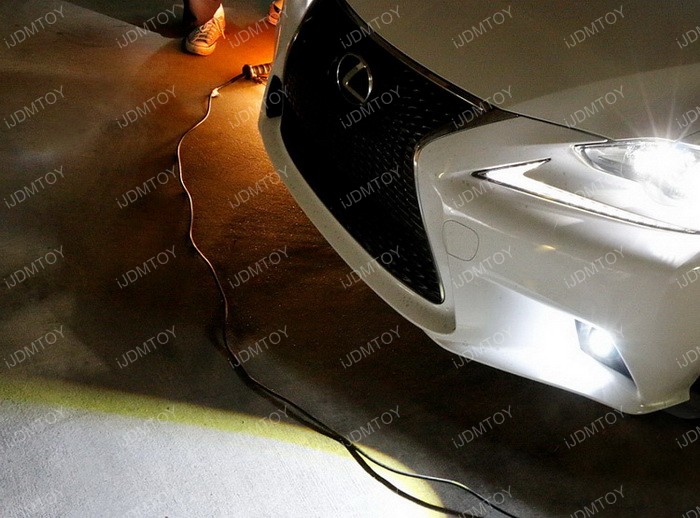 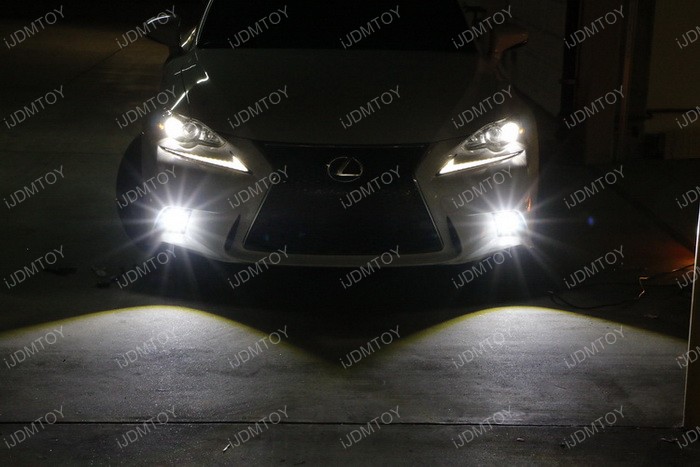