Before you get started, find the correct mounting holes to secure the LED light bar mounting brackets on. To best see the crash beams, remove the bumper and look at it facing the front side. Because you will be installing this onto a 2014 or later Toyota Tundra, you will be mounting your metal mounting brackets onto the inner mounting location by the support bracket's 2nd hole. The Toyota Tundra should have 3 mounting holes on the outer side of the crash beams.

Step 1: Remove 4 screws in the middle and 2 clips on the outside so you can remove the front grille. 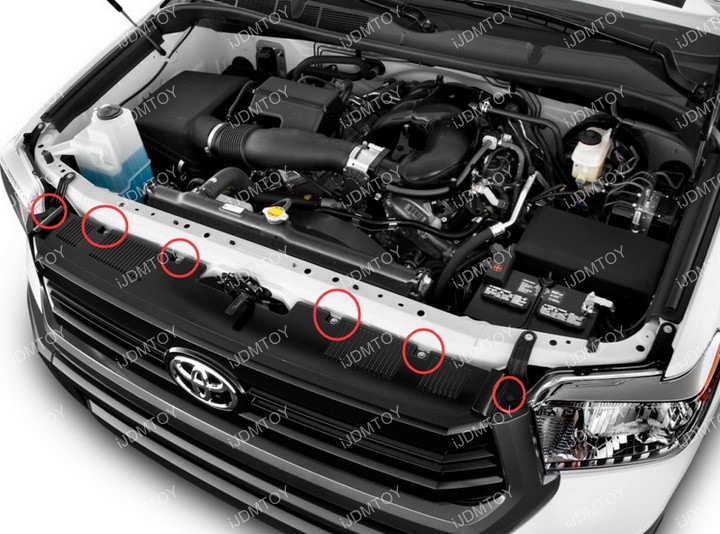 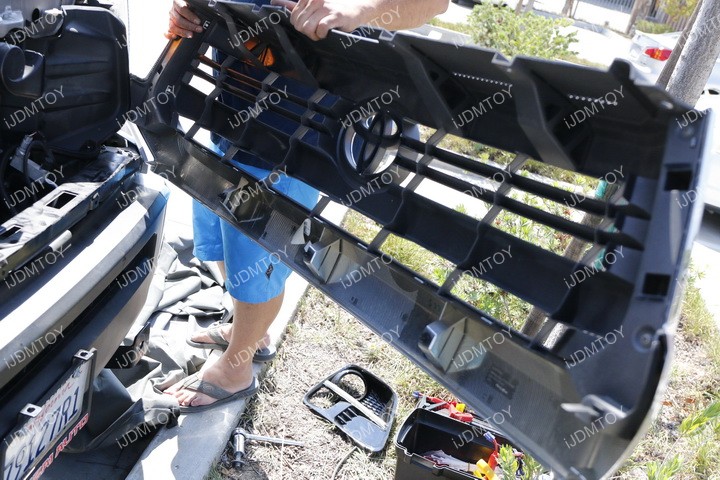 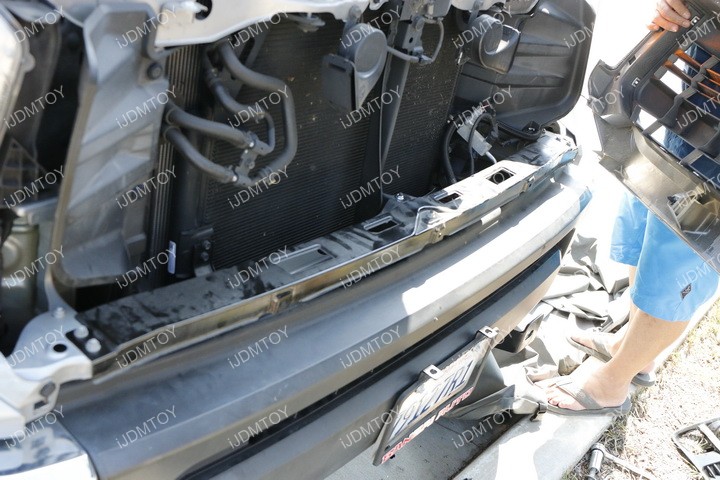 Step 2: After you remove the front grille, you'll see an aluminum silver crash beam that is bolted down with four bolts. There are 3 bolts on one side, and 1 bolt on the other. Remove the singular bolt. 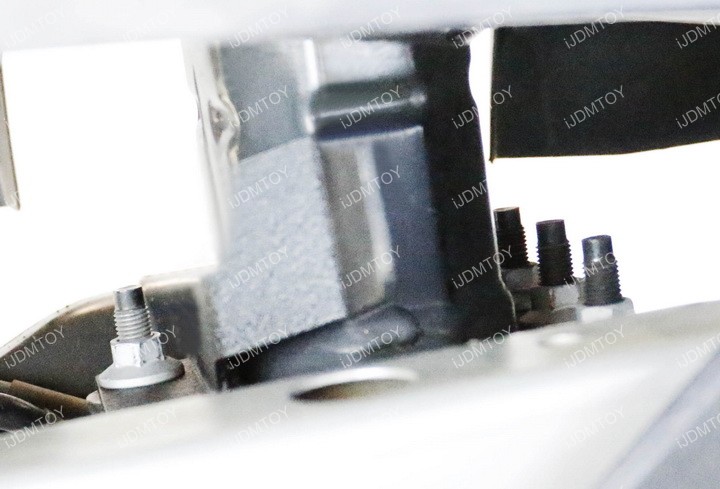 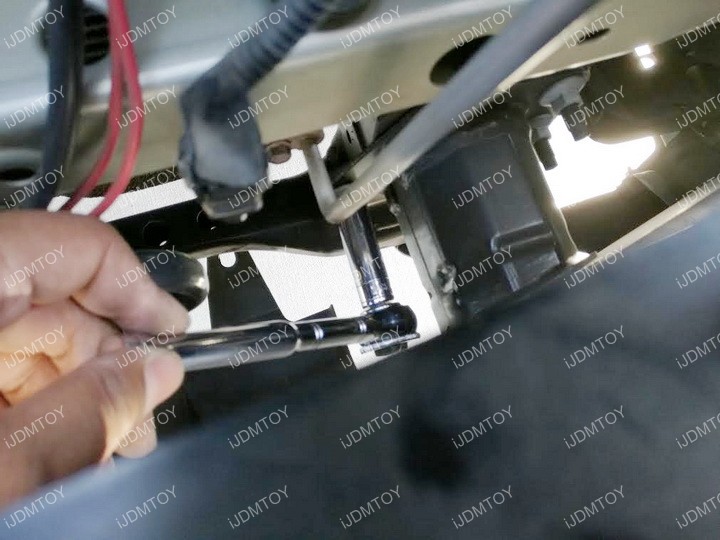 Step 3: Bolt down the Tundra LED light bar bracket using the bottom hole, with the curved edge facing the outside of the car. Loosely screw in the bracket. You will need to adjust the bracket angling later to accommodate the LED light bar. 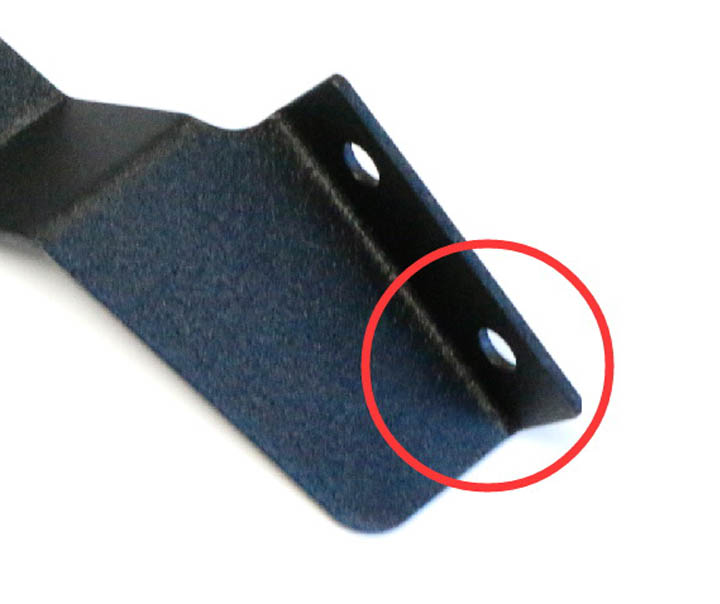 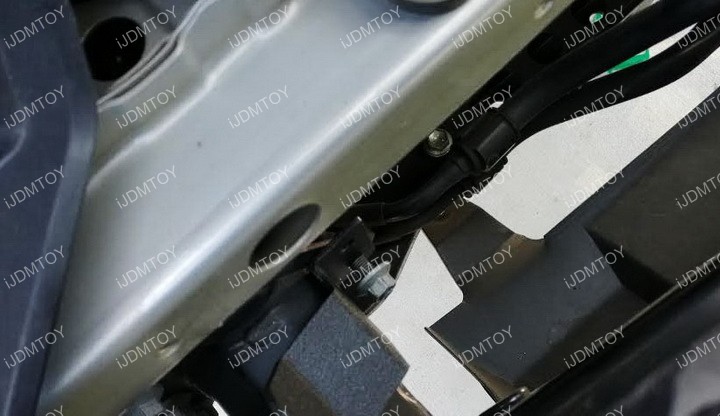 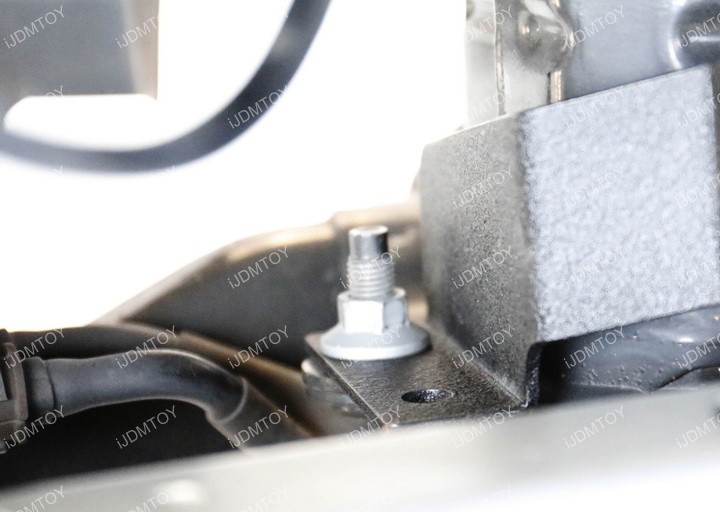 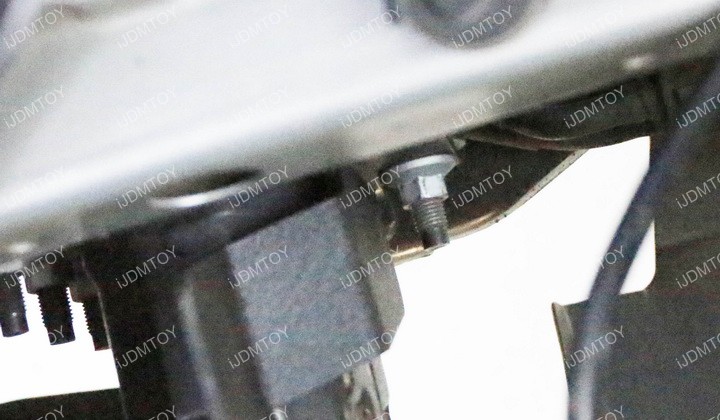 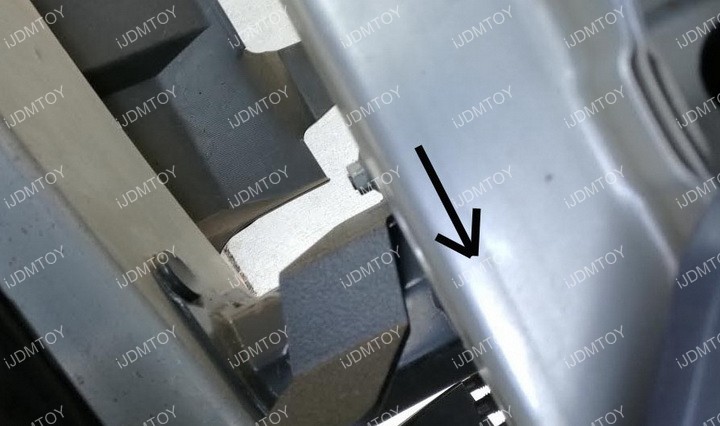 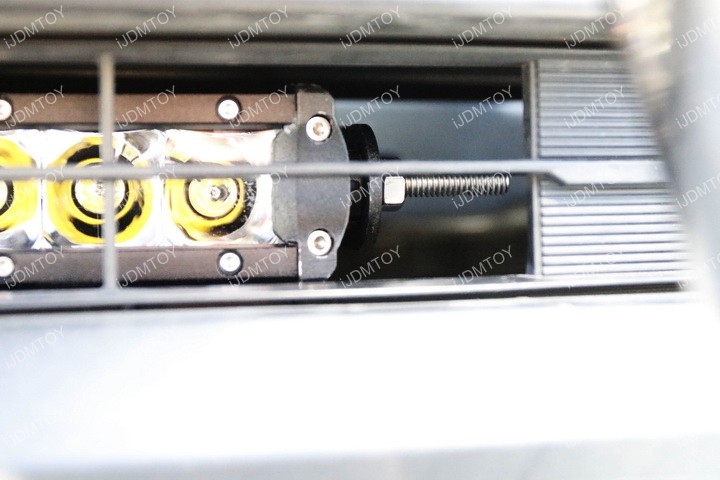 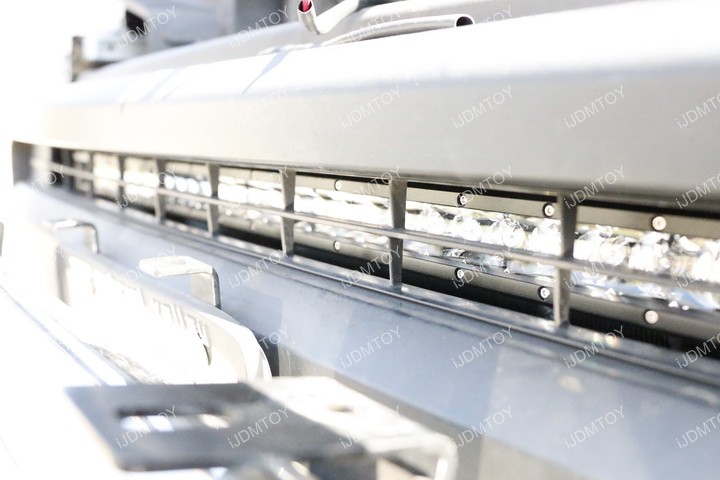 Highlights:
1. There are four bolts after you remove the front grille. Use the singular screw that is by itself.
2. Bolt on the bracket using the bottom hole. Make sure the curved side is facing the outside.
3. Tentatively hand tighten the brackets before inserting the LED bar. This will give you enough space to adjust the angling. Then after the LED light bar is inserted and the angling is appropriate, then you can secure the bracket. 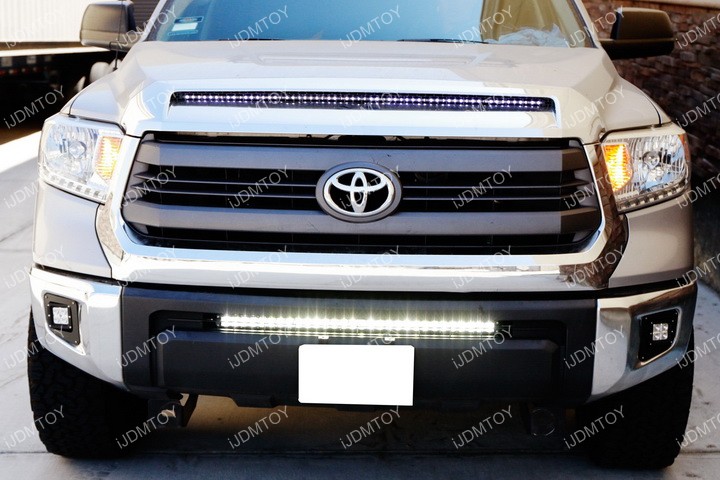