This is a tutorial that will show you how to install the exact fit full LED halo ring DRL/parking/fog lamps assembly (70-835) on the following MINI models:

Use this multifunctional LED fog light assembly to upgrade your standard halogen lamps to a full LED lamp set that shines in a vibrant xenon white.

Step 1: Remove the plastic cap and screw on the wheel well liner to reveal your OEM fog light assembly. 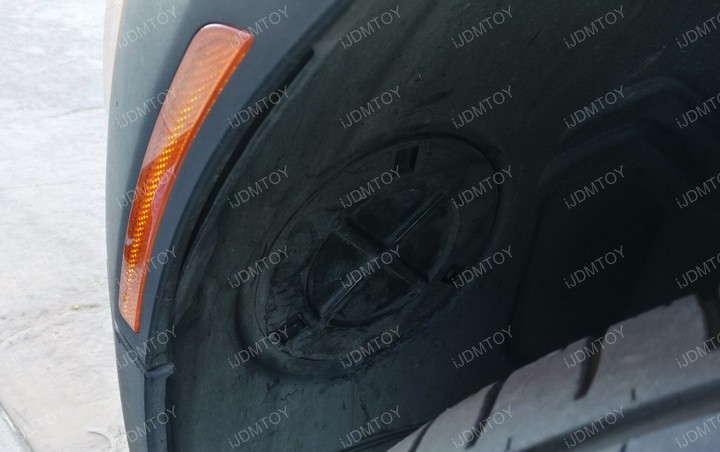 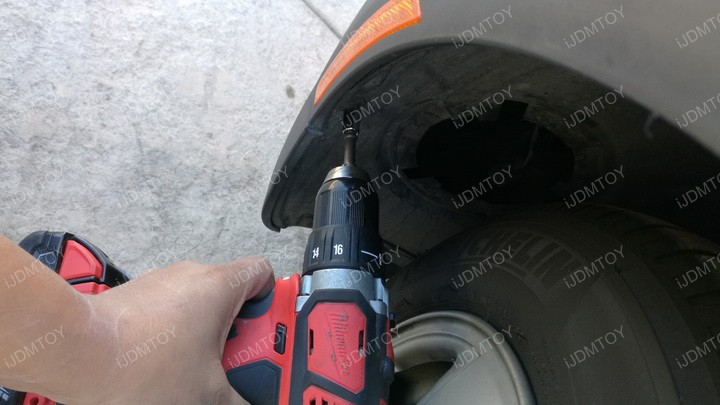 You will have to remove the water reservoir to get to the stock passenger side fog light. 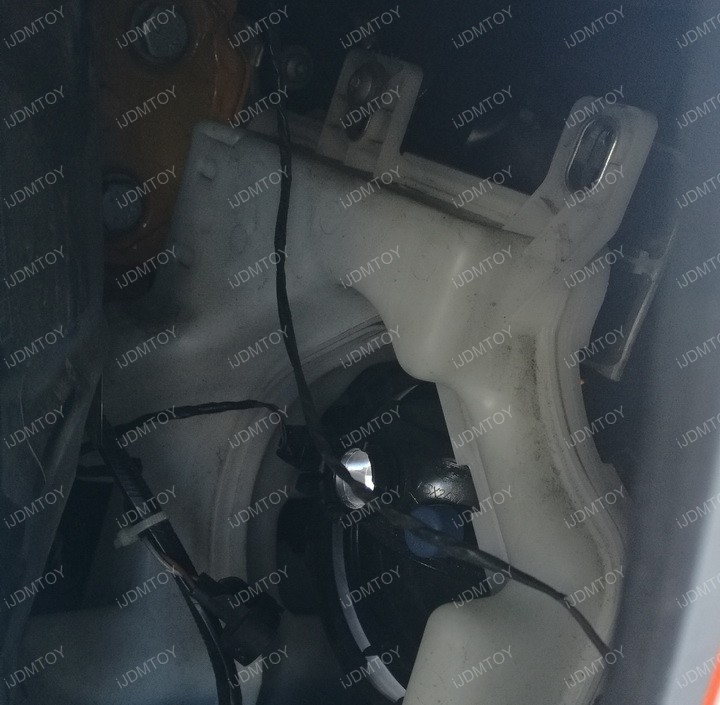 Step 2: Unplug the connectors from the OEM fog light assembly and unbolt the screws from its mounting bracket. 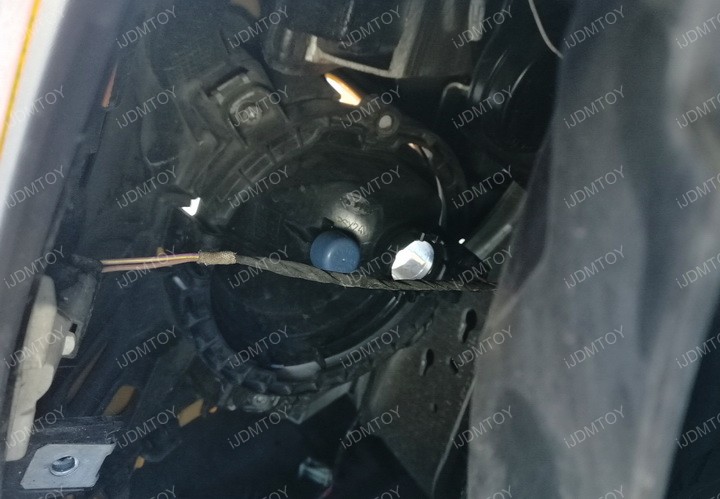 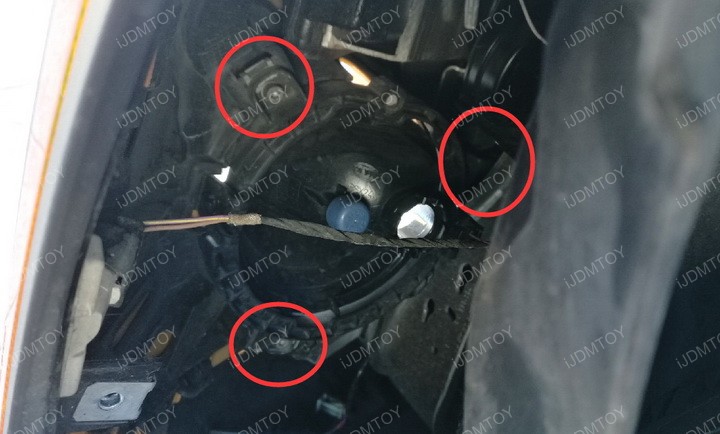 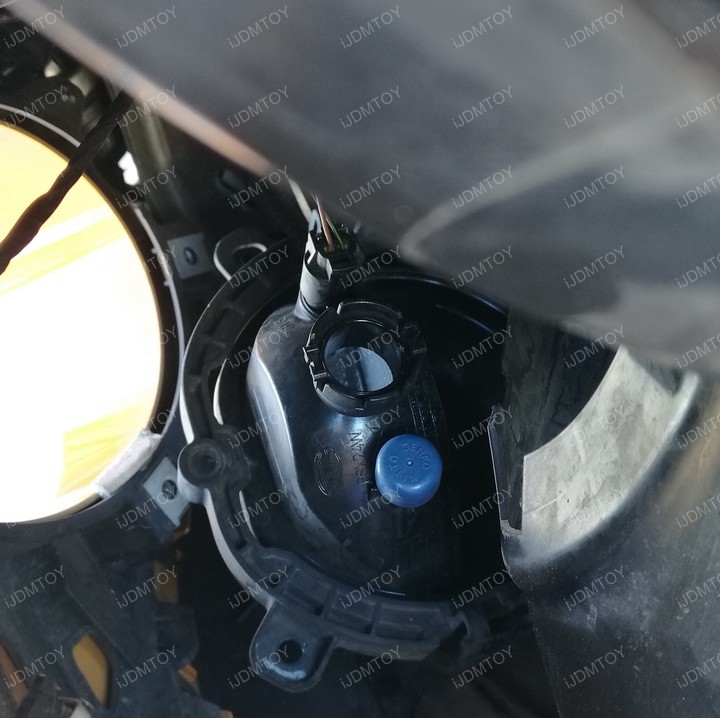 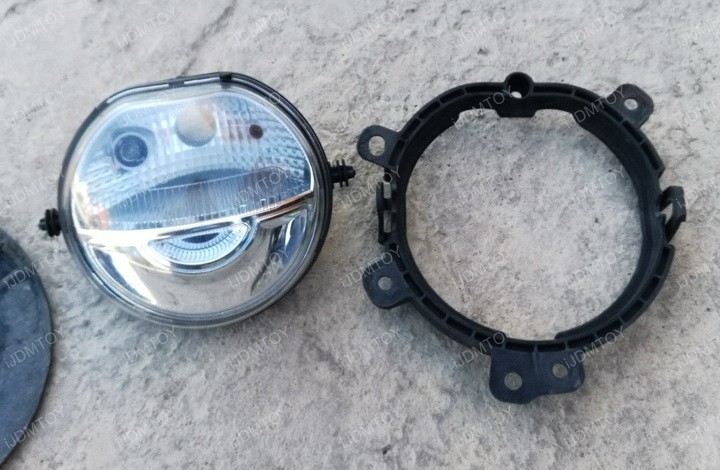 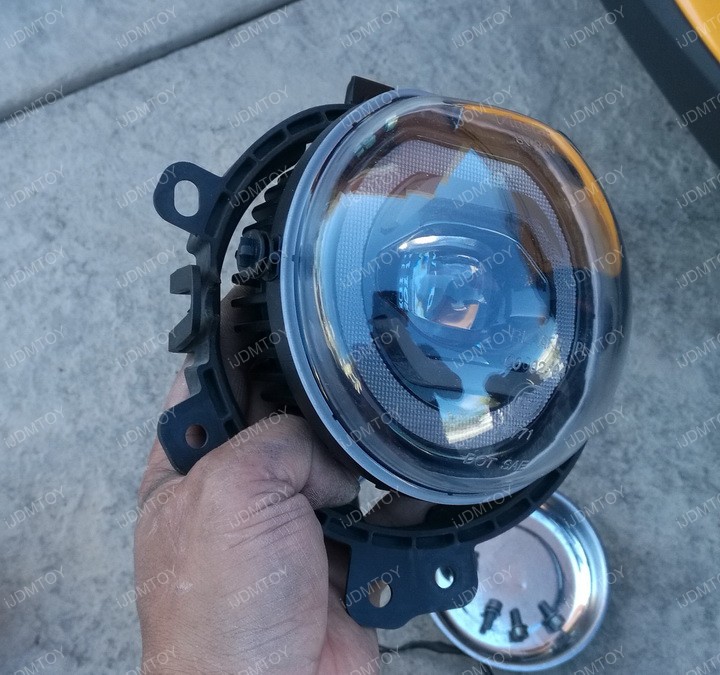 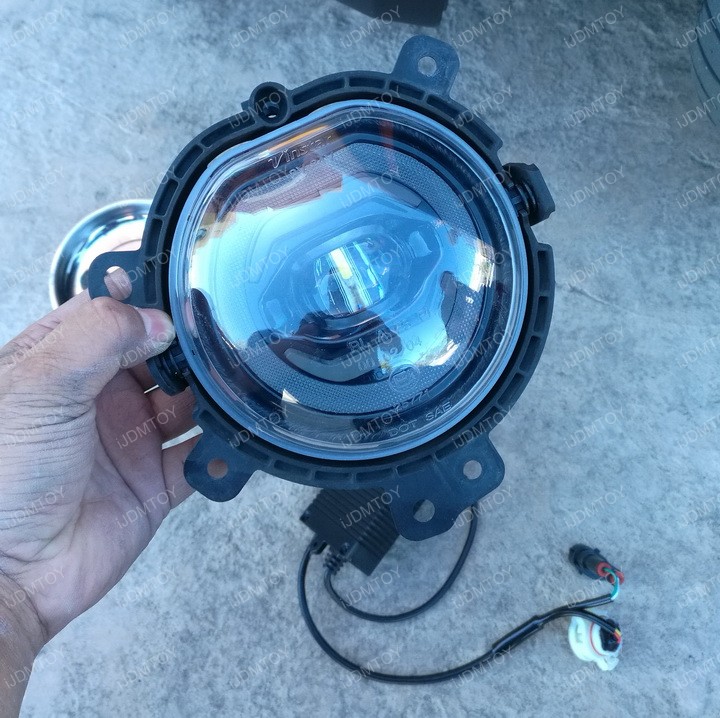 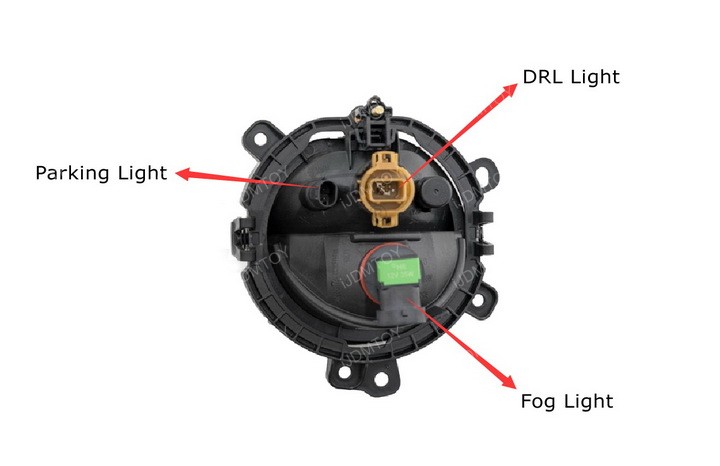 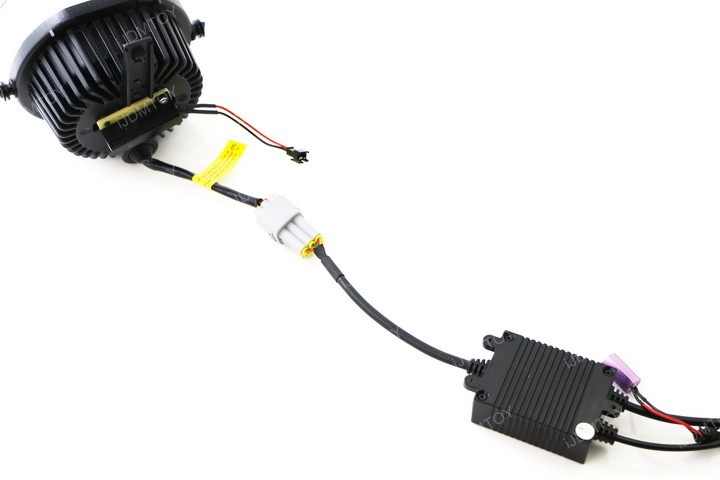 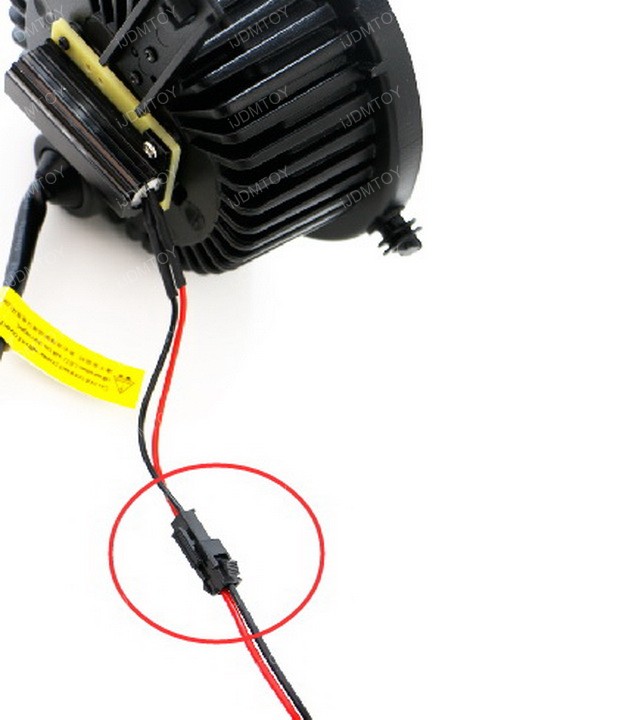 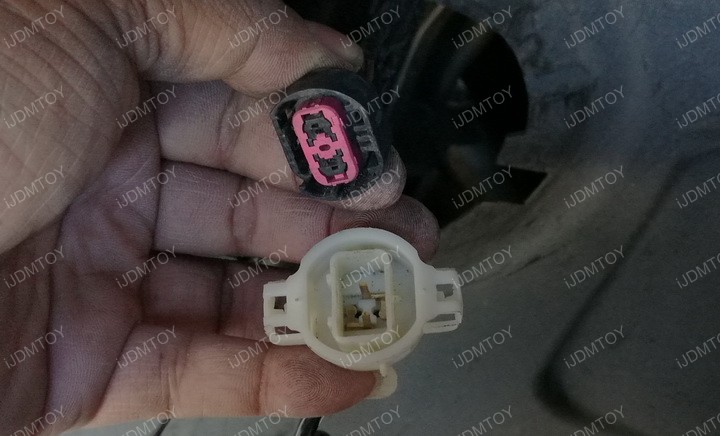 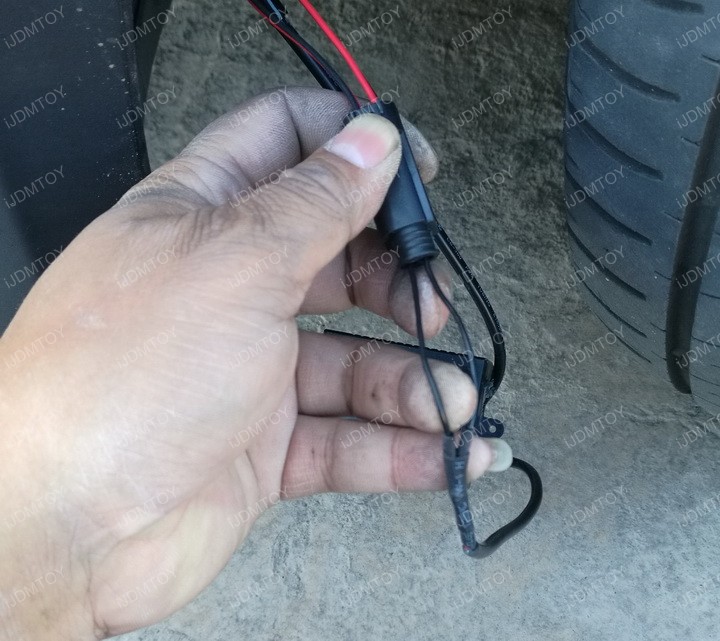 If you are replacing a fogless lamp, use the included adapter wiring set if you want to enable the fog light function. Wrap the unused socket with electrical tape. The parking and fog lamps will shine at the same time. Plug the socket adapters into your parking light harness. Plug in your daytime running light harness into the LED DRL socket. These pictures apply if you are replacing OEM parts 63-17-7-329-169 and 63-17-7-298-333. 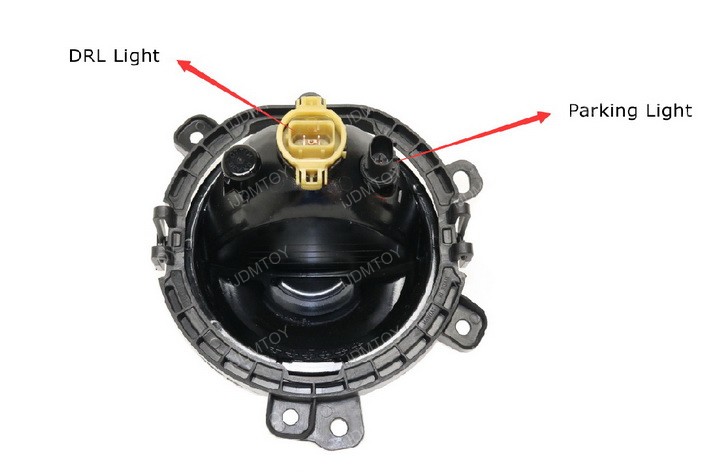 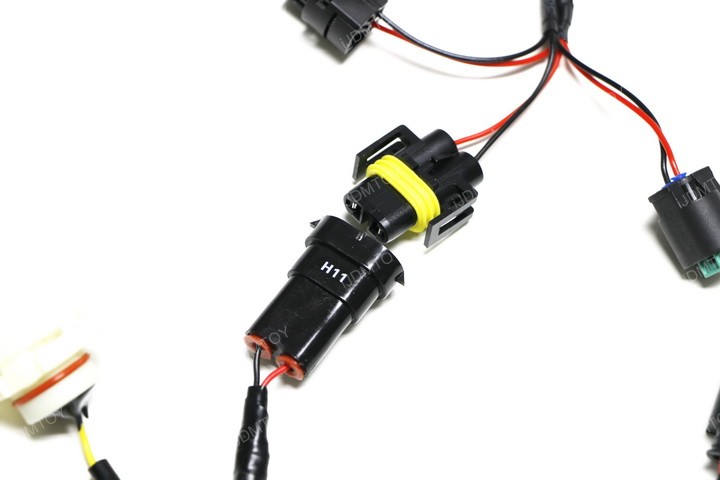 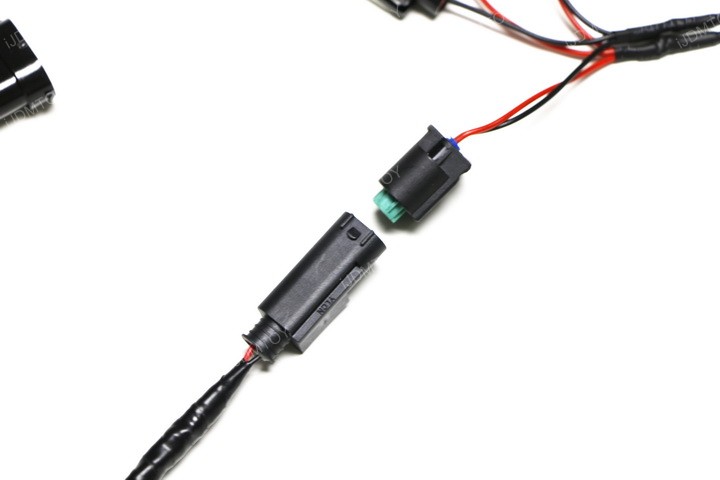 Plug the adapter into your parking light harness.

Step 5: Test the LED assembly to make sure they light up properly. Once you have, put the screws and caps back onto your wheel well liners to finish. You may now enjoy your LED halo ring DRL/parking/foglamps!