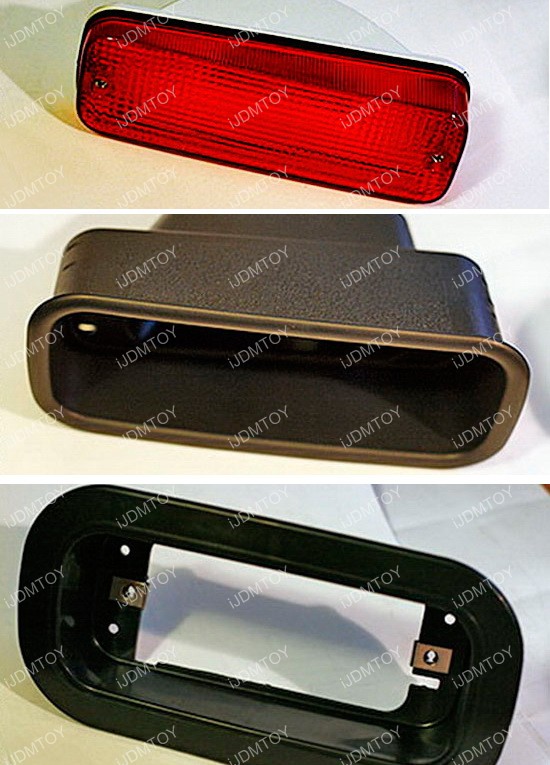 Step 1: Get some heavy cardstock or poster paper and trace the outer bracket on the paper. You'll see that there's two outlines, the outer outline marks the overlap between the inner and outer bracket so there's enough surface area of the bumper to sandwich later.

Cut out the inner traced part; that's how big of space you'll need to cut out of your bumper. If you're not sure how big of a hole to cut, always cut smaller so make sure there's enough bumper space later.

Obviously once you cut, you cannot un-cut, so be careful and precise. 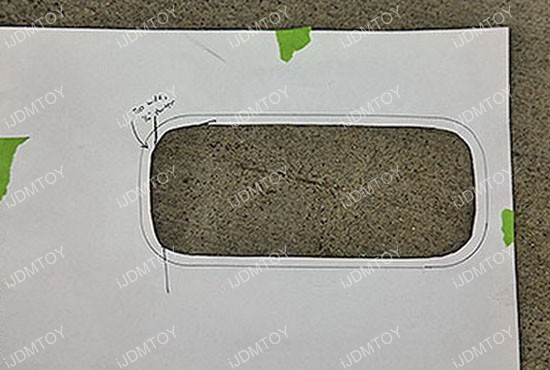 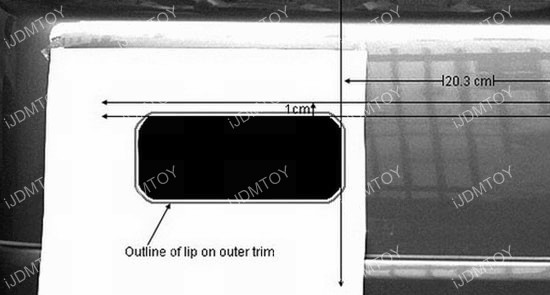 Step 2: Position the paper on the bumper where you'd like to install the LED rear fog light. 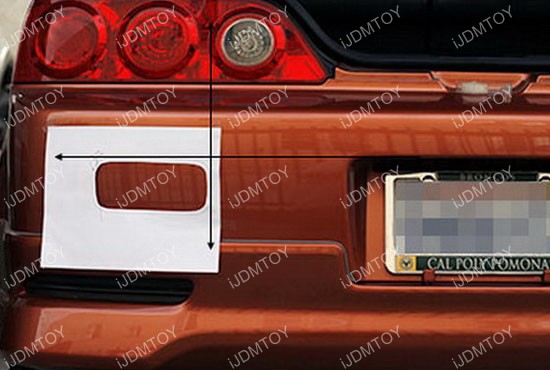 Step 3: Get some painter's tape and tape enough bumper surface around the approximate part you'll be cutting. Then tape the paper on top to the exact location where you want to cut. Trace out the hole on the painter's tape. 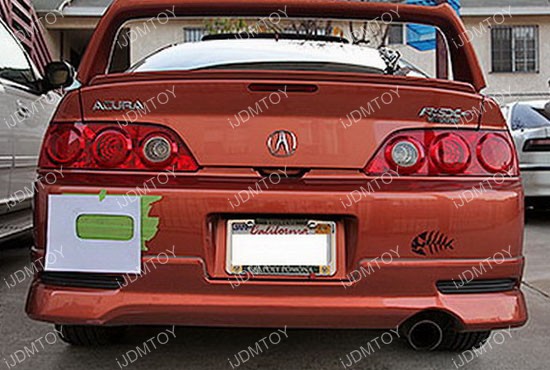 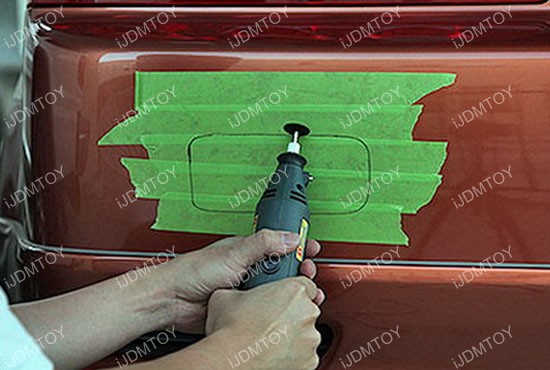 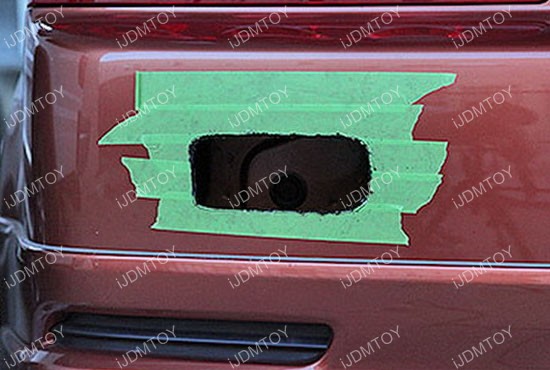 Insert the red lens LED rear fog light assembly inside of the brackets and bolt everything together from behind the bumper. 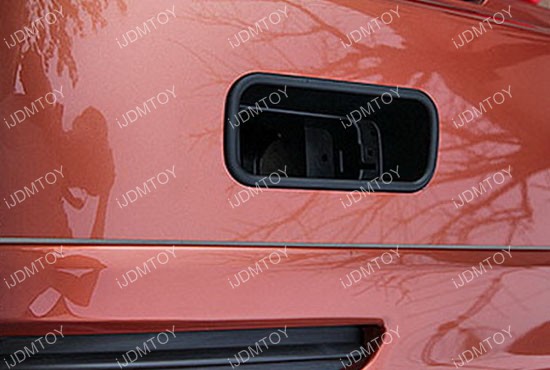 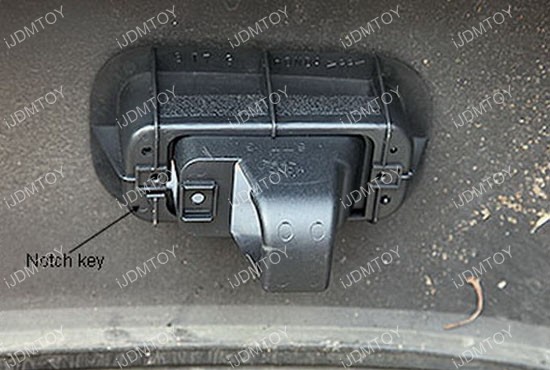 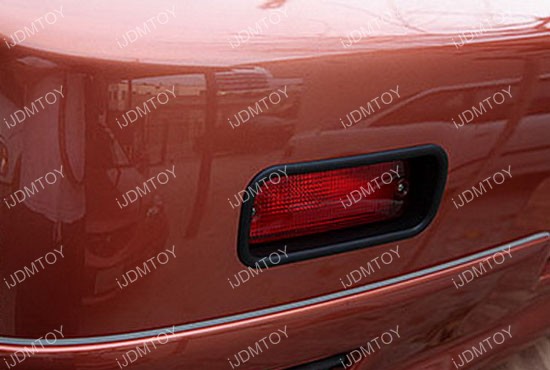 Step 6: Tap the wires to the existing license plate light. When the headlights are on, the LED rear fog lights will also be on.