If Otaku Thursday was a treasure trove of JDM cars, then Anime Expo was the host of the cream of the crop, displaying a slew of new itasha that I have yet to see. These were truly one of a kind cars that you wouldn't normally see out on the streets, but here they are, this medley of Honda itasha, gathered in one place so drivers can show their passion for anime culture. 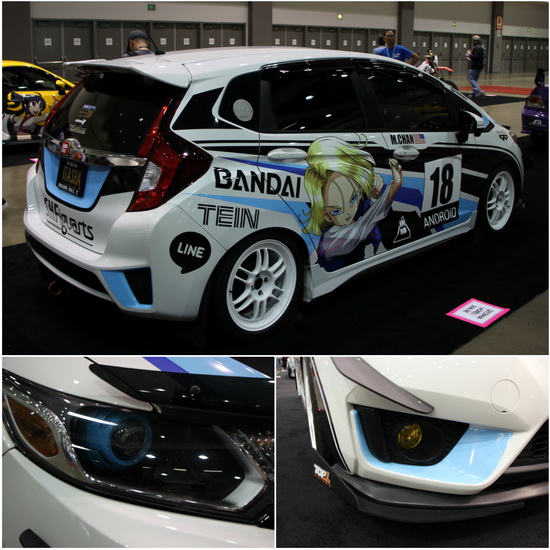 The level of attention to detail was high in the placement of the graphics and the aftermarket parts. Associated branding was placed appropriately; Bandai, Tein, and the Line app logo were situated towards the back surrounding the edge of the wheel well so as to not detract from the main centerpiece. the Toei Animation logo was also aptly placed, as the triangle contoured to Android 18's arm, and is also small enough to not take over the main subject. 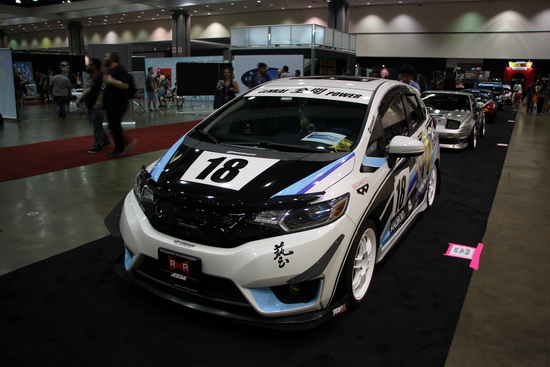 One little touch I liked was the Honda badge turned Bandai badge, which gave the Honda Fit the aura of a full sized, to scale toy car model. Typically you wouldn't want that feeling out on the streets, but within the confines of Anime Expo in the LACC, this is totally ok. Another tasteful addition was the Red Ribbon Army logo set as the front license tag, representing her origins. 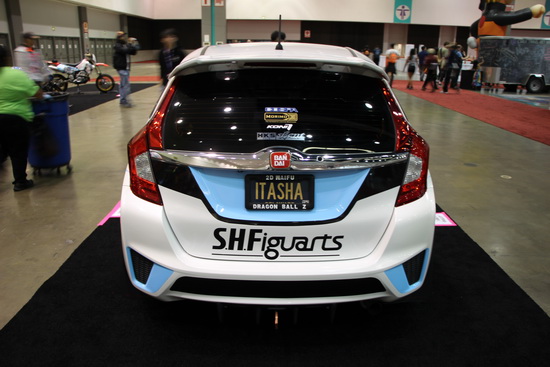 Lastly, the right aftermarket parts were utilized to give the Honda Fit finishing touches. The white rims matched the base of the wrap well, and its plastidip or matte finish added to the toy car model aesthetic. The front lower bumper lip was also a nice touch, as well as the smoked window and hood lips. The Dragonball lens fog light was the greatest display of the driver's attention to detail; it was the perfect touch to top off the overall presentation! 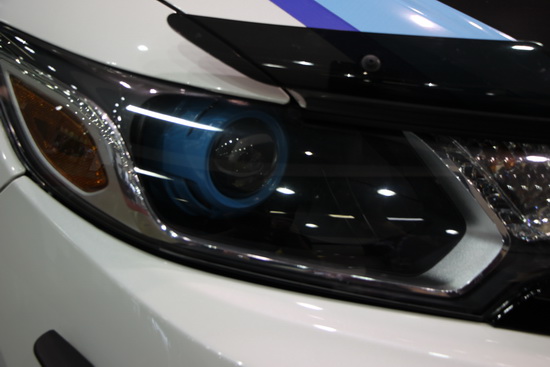 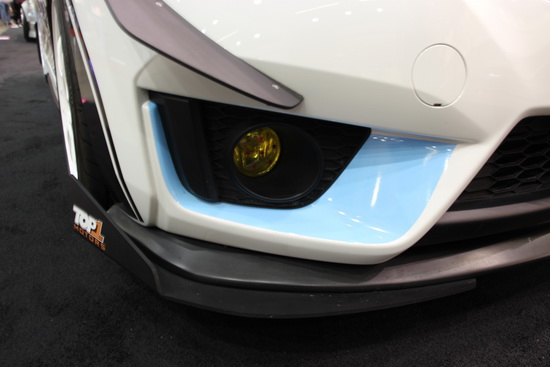 The only aftermarket part I didn't agree with was the addition of the black front bumper cannard body diffuser fins. To me these don't belong on a Honda Fit because they stick out like a sore thumb. Additionally, body diffuser fins lend itself well to the race car aesthetic which was not what came off to me because again, this had a toy car model feel to it. It's always relieving to see a Honda Civic at any car meet just because if all other cars on the lot are duds, you can always fall back to the Honda Civic, specifically the 2007 model. This certainly wasn't the case at AX but I feel like this Civic deserves a mention because it's eye-pleasing. The Civic's color scheme is soft and cool, wearing baby blue as its base color with shades of purple adorned as stripes and a deep purple as the base paint job. The medley of colors come together so well that anyone can sit in front of the Honda Civic and stare at it all day without any strain. 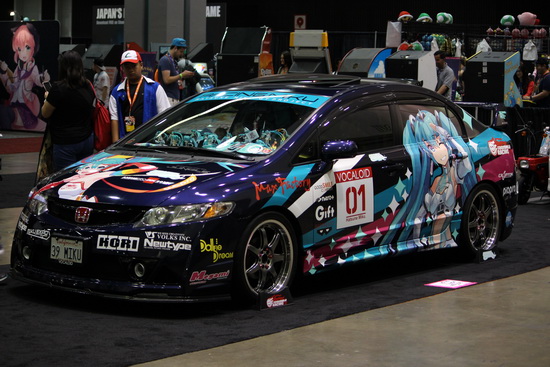 This Honda Civic is pleasing to the eyes not only for its color scheme, but for featuring Hatsune Miku! Arguably the most prominent vocaloid to come out of Japan, Hatsune Miku tastefully dresses the Honda Civic on the left side giving a salute and on the hood representing Anime Expo. If you take a closer look, the dashboard is filled to the brim with Good Smile Company figures to complete the tribute to Hatsune Miku. 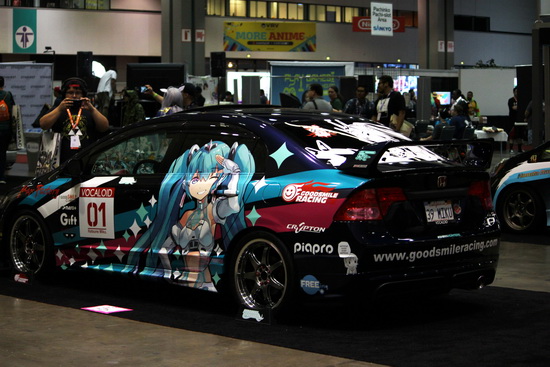 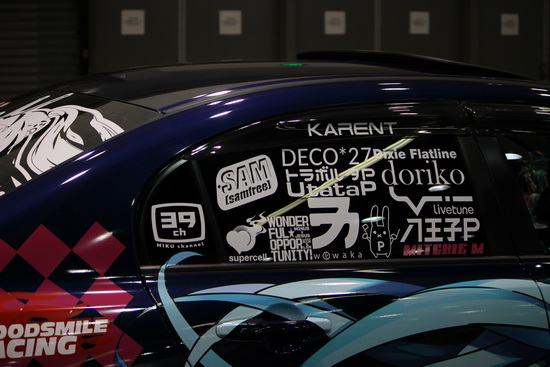 If you liked my coverage of the itasha display, look forward to part 3 where I talk about my favorite of the bunch or read part 1. See you soon!