This is a tutorial on how to install the 40" 240W double-row curved LED light bar (35-978) for the 2017-up Ford F-150 Raptor. There are many places to mount a powerful LED light bar such as this one on your Ford Raptor. The advantage of setting it on top of your front bumper is you can display the amount of power your F-150 Raptor holds before you even turn it on while augmenting your vision of the area immediately in front of you. With this LED light bar installed, your Ford Raptor will be in the higher echelon of utility.

This guide will show you how to loosen your Ford Raptor bumper to install the double row LED light bar. You may alternatively remove the front grille in order to do so. 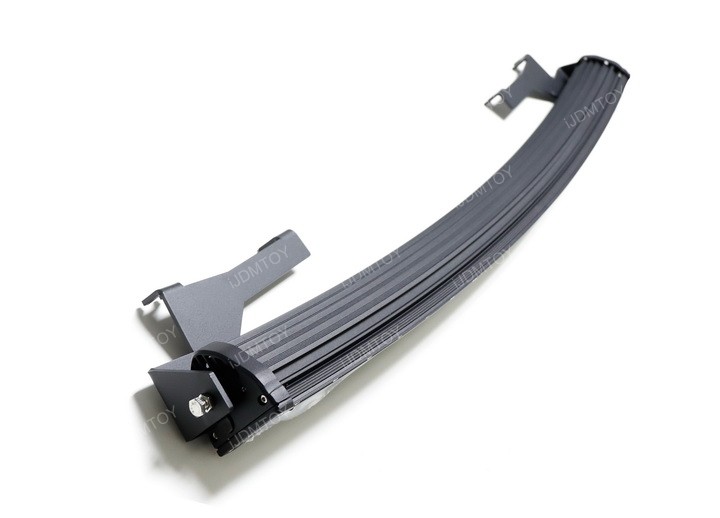 Step 1: Use a 13mm-15mm socket wrench to remove the skid plate underneath your F-150 Raptor. 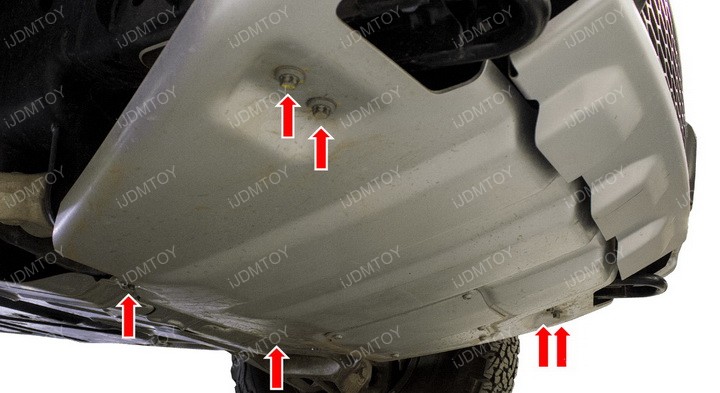 Take out the bar underneath the truck, depicted in the picture below. 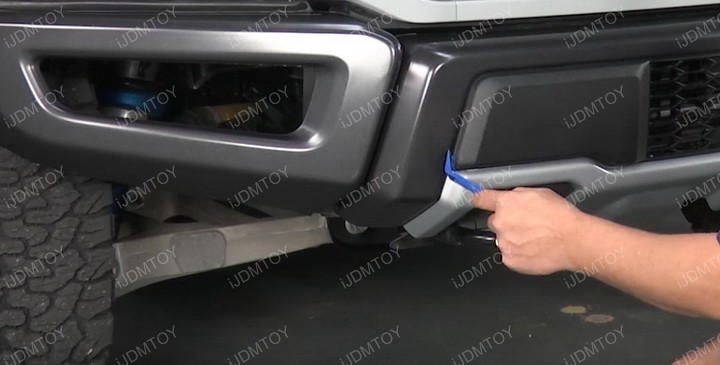 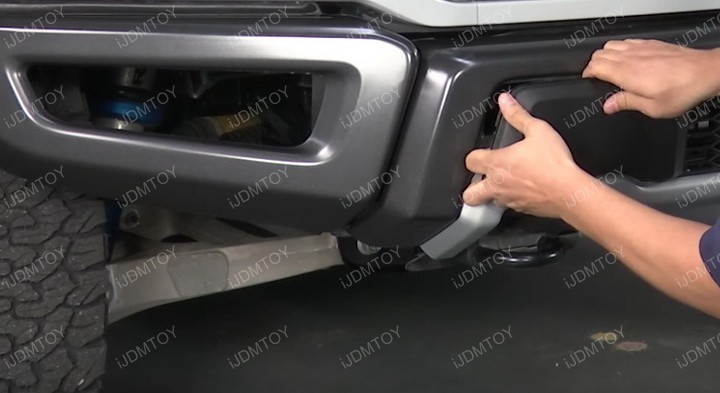 Be careful when removing your lower bumper grille so that you do not destroy the clips/tabs holding the Ford Raptor lower bumper cover. 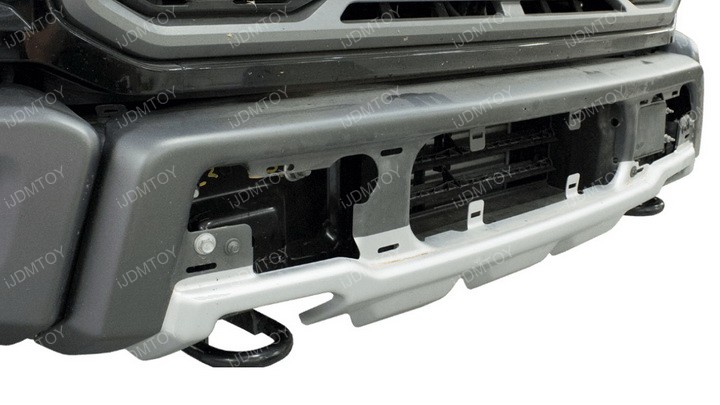 Step 3: Detach the adapter cruise control module on the driver's side.

Unscrew the bolts on the front & back of the bumper from the passenger side.

Step 4: Unfasten the support bars holding the bumper from the back on both sides. 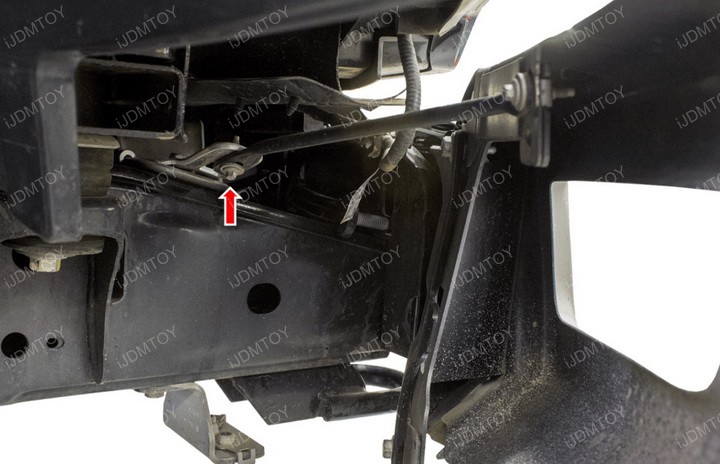 The bumper will become loose and expose the two screws you will be removing on each side. 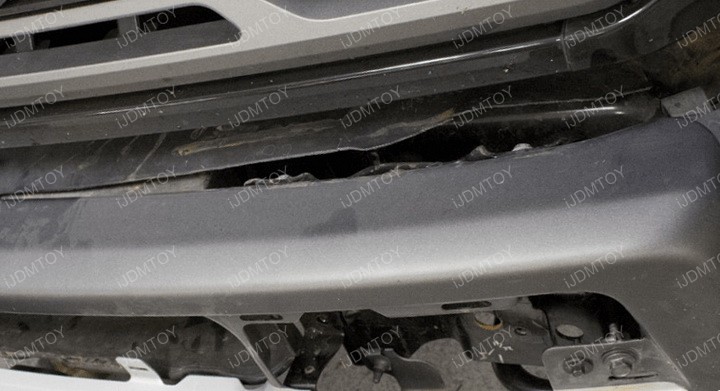 Step 5: Remove the two screws on each side and bolt the LED light bar mounting brackets using the supplied washers and existing screws. 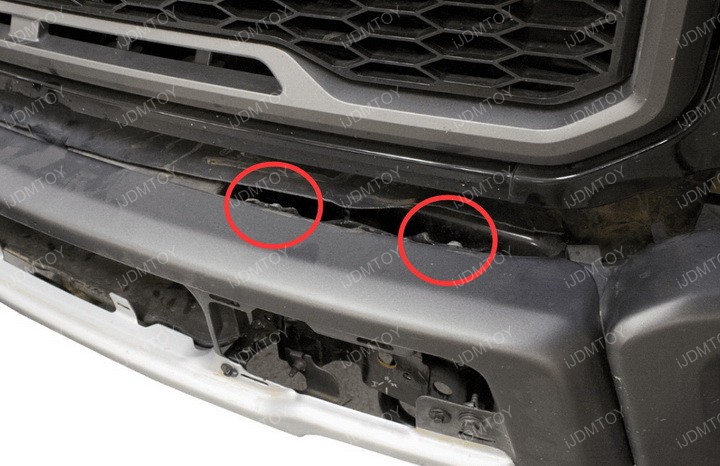 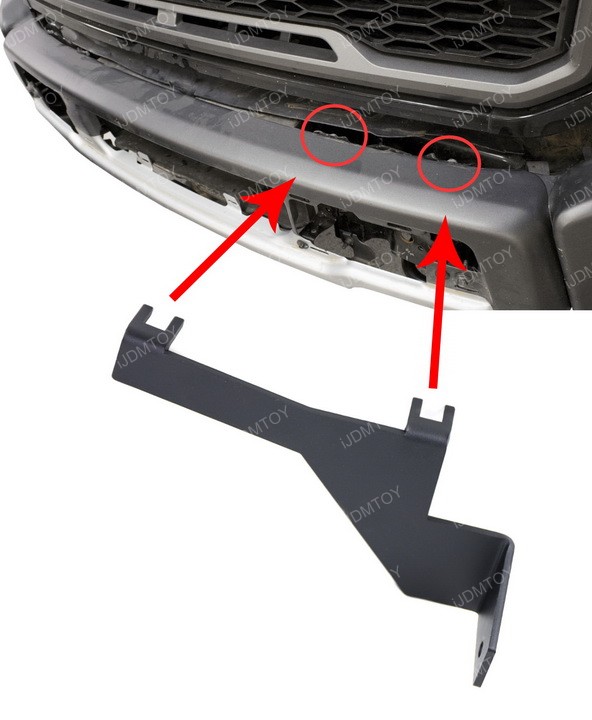 Step 6: Mount the LED light bar in between the two brackets. 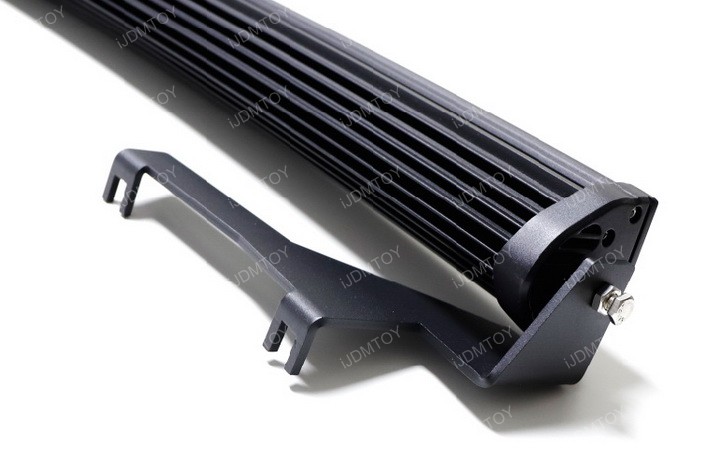 Step 7: Re-secure the bumper and other parts you removed by fastening the screws you unbolted. Wire the LED light bar using the included relay wiring harness.

Step 8: Test to make sure your LED light bar fully lights up. Once you've confirmed that it has, you may now enjoy your Ford Raptor's brand new over-the-bumper mounted LED light bar!